Opponent Bao Quach began the fight in fine fashion, dropping Karakhanyan with a right hand early and earning two takedowns in later action. But Karakhanyan remained a game competitor and answered each attack with some of his own.

As the first round entered its final minute, Karakhanyan delivered a brutal knee to his foe’s chin, and Quach collapsed on the floor. Karakhanyan sealed his spot in the featherweight tournament semifinals with a few extra punches on the floor.

No touch of gloves to start the round. A leg kick from Karakhanyan is countered by a big right hand from Quach that drops Georgi. Quach on top briefly before Karakhanyan works his way to his feet. A wild exchange from both fighters and the crowd is on their feet. They clinch up against the fence before Quach drags Georgi to the floor against the cage. Karakhanyan back to his feet and the pair exchange big punches. Quach scores another takedown in the heat of the moment. Karakhanyan scrambles and winds up with Quach trying to take his back. Massive right knee from Georgi to the chin of Quach in the clinch drops Bao to the canvas in a heap. A few unanswered punches later the fight is rightfully waved off. The crowd’s on their feet everywhere you look. Brutal knockout and an extremely impressive performance for Georgi Karakhanyan. 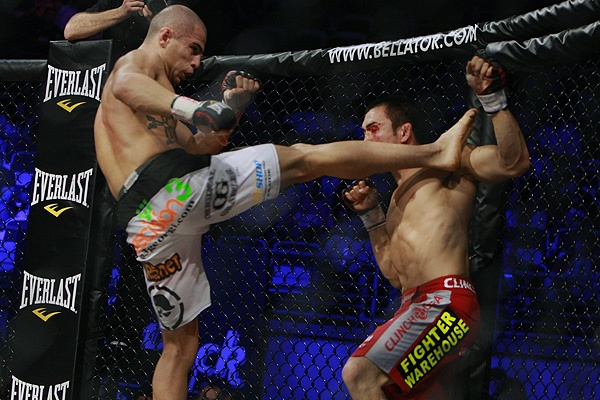 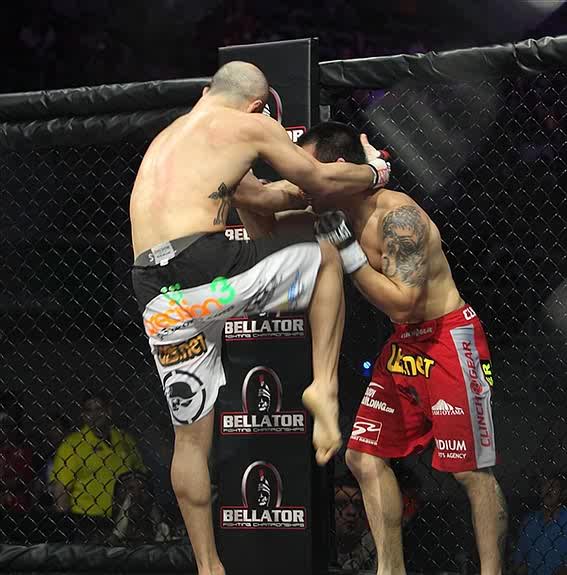 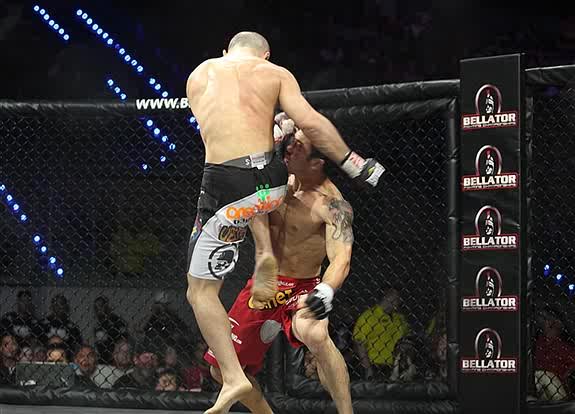 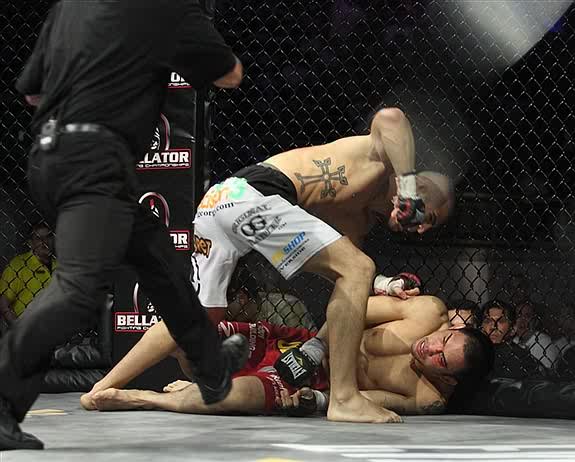