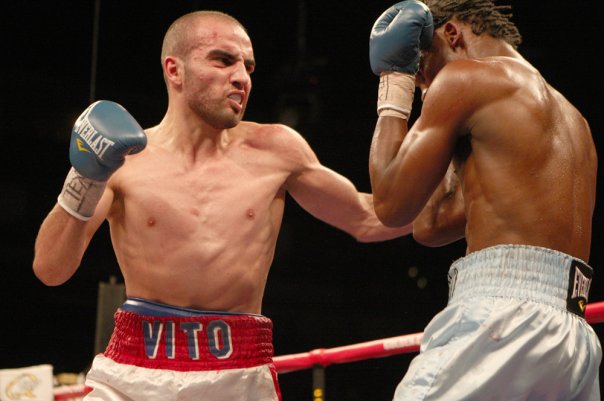 HyeFighter welterweight prospect Vardan “Vito” Gasparyan,11-2-5 (5), who is trained by and fights out of Justin Fortune’s gym, signed with Don King this week to a three-year, four fights minimum contract.

Gasparyan is an all-action fighter who has recently given work to Sergey Dzindiruk and Daniel Dawson as they prepare to fight each other May 14.

“If everything goes right, hopefully in a year or two, we’ll get a championship fight,” said Gasparyan. “I need about two-three eight-round fights and then we’ll be ready for a big step. Beginning of next year, I’ll be ready for a ten or 12-round good fight. Not a step-up or warm-up fight, but a big fight.”

“It’s a good contact, a good move. Once King gets us fighting, he will keep us very busy because Vito is an exciting fighter,” said Fortune. “When he turns his punch over, he’s a banger. But he’s not really a banger, a puncher. The more the fight goes, the more he beats you up. And he very effective, very accurate. Just tough as sh*t. He’s a mean motherf**ker. Reminds me a lot of myself.”