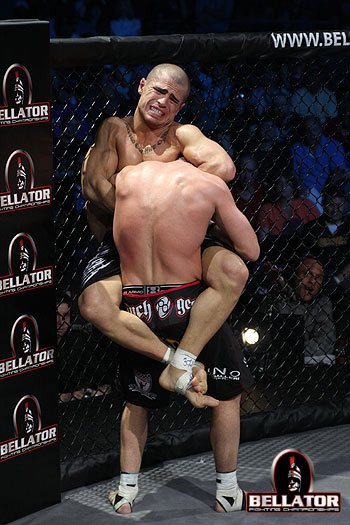 In the evening’s first televised contest former Olympic wrestler Joe Warren displayed the value of a grappling base as his non-stop takedown attack allowed him to earn a victory over Georgi Karakhanyan on the judges’ cards.

Despite Warren’s control of the positioning, it was Karakhanyan who routinely threatened from the bottom. Guillotine chokes, knee-bars, arm-bars – Karakhanyan tried it all. But each time, Warren worked himself free and returned to the top. Karakhanyan made a case for himself with the action, but judges disagreed.