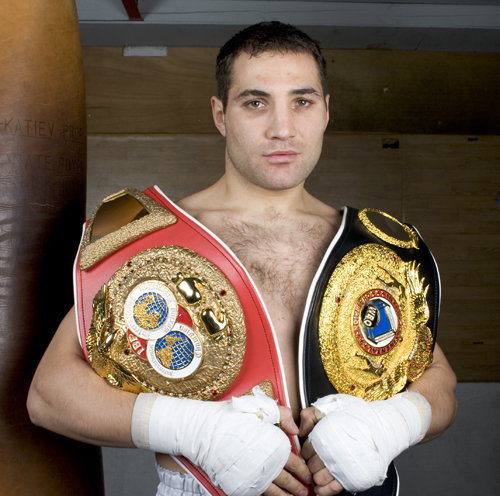 HyeFighter Middleweight contender Khoren Gevor (31-4, 16 KOs) has decided to remain with Universum. “I still have a lot of plans and am convinced that there is no better promoter with which to reach my goals,” said Gevor. “Universum was always a fair and dependable partner for me and has kept always to our agreements. I’m glad that we can go on together.”

Universum promoter Klaus-Peter Kohl commented, “After Khoren had signaled that he would like to continue with us, we didn’t hesitate. He has delivered great fights and further attractive fights, which have the stuff to be classics, are possible with him. We are pleased to be able to present on July 17th an explosive fight between Zbik against Gevor, which both boxers immediately agreed to.”

The 31-year-old Gevor had unexpectedly discontinued his exclusive contract with Universum in January, after Universum had implemented a house ban against one of his personal advisers. Both parties have resolved their differences and the ensuing litigation is now a moot point.

The July 17th fight will take place in the Sport And Kongresshalle in Schwerin, Germany. In his third try for a world title, Gevor will take on unbeaten WBC interim middleweight champion Sebastian Zbik (29-0, 10 KOs) in a bout to be carried live on ZDF.