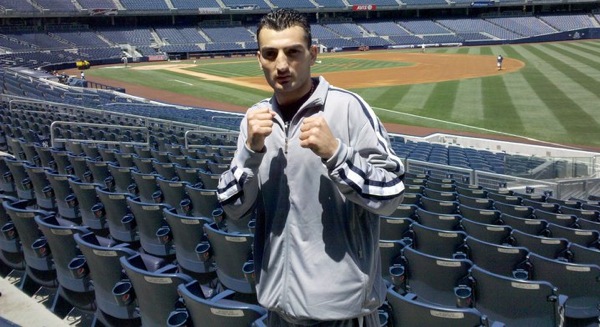 Vanes “The Nightmare” Martirosyan will not only be squaring off with “Mean” Joe Greene in the biggest fight of his young career on Saturday night, but the Glendale boxer will also begin quite a stretch of local boxers and mixed martial artists taking to their respective rings and cages.

As it relates to local fighters, the month will close on June 20 with MMA fighter Karen Darabedyan (9-2) facing Will Kerr (8-2) at World Extreme Cagefighting’s first event in Canada. The card will air live on Versus at 6 p.m., but Darabedyan’s fight is currently scheduled for the unaired prelims, but could make air pending on the duration of the main card fights.

In between, MMA fighter Roman Mitichyan and boxer Artur Bernetsyan are part of a hybrid card on June 12 at the Hollywood Palladium put on by MEZ Sports.

And, tentatively scheduled, Art Hovhannesyan will box on June 18 in St. Louis against an as-of-yet undetermined opponent just six days after Vardan Gasparyan is set to box in St. Louis.