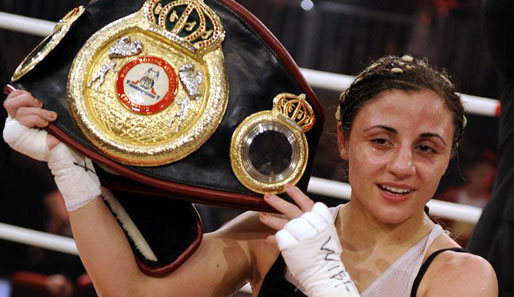 The fight between WBC interim middleweight champion Sebastian Zbik and two-time title challenger HyeFighter Khoren Gevor is off. They were slated to meet on July 17 in Schwerin, Germany. “We needed to have our plans finalized for our promotional partners and Sebastian Zbik hadn’t signed the fight contract on time,” said Universum General Manager Stefan Braune. “Therefore we had to reorganize and we’re pleased that we’re able to present to the fans two additional great fights with local favorite Jürgen Brähmer and Susi Kentikian.”

The new TV main event will feature WBO/WBA/WIBF flyweight champion HyeFighter  “Killer Queen” Susi Kentikian (27-0, 16 KOs). Universum had hoped to put Kentikian in a rematch with Nadia Raoui, whom Kentikian recently earned a controversial win over. “Nadia was offered double her previous purse by my promoter, but for her that’s not enough. I would be happy to box her again immediately. It’s still there if Nadia wants it. I really want a rematch, but now I need to concentrate on another challenger, probably a Mexican.”

Also on the card is the previously announced WBO cruiserweight eliminator between Alexander Alekseev (19-1, 17 KOs) and Denis Lebedev (20-0, 15 KOs) with the winner to be mandatory challenger of Marco Huck.

Universum Promoter Klaus-Peter Kohl commented, “Brähmer, Kentikian and a world title eliminator – for me this is the strongest program we have ever had in Schwerin ever. We are delighted with this Champions Night. I also hope that many from Hamburg will come to this beautiful city located just one hour away. Everyone will get their money’s worth!”