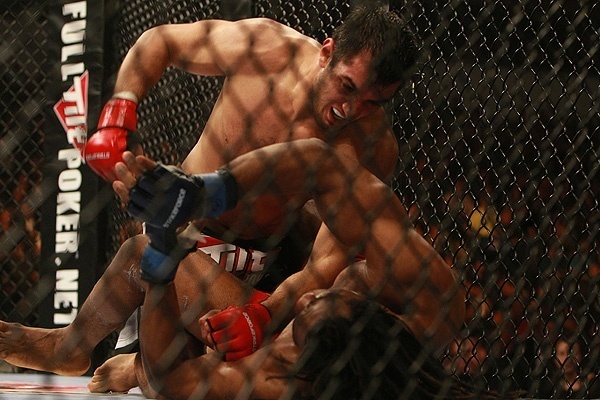 MMAjunkie.com (www.mmajunkie.com) confirmed the fight Monday morning from sources close to the event, who said that while contracts have not been signed, the bout is expected to be finalized shortly.

DREAM.15 takes place July 10 at the Saitama Super Arena in Saitama, Japan, and features the opening round of the four-man tournament.

The bout is Mousasi’s first since a disappointing showing at April’s “Strikeforce: Nashville” event, in which he relinquished his belt to Muhammed “King Mo” Lawal, who outwrestled him for five rounds en route to a unanimous-decision victory.

In 2008, the Dutch-Armenian fighter bested four fighters to win DREAM’s middleweight grand prix, though he later vacated the belt when he decided to jump to light heavyweight. He defeated Mark Hunt in the opening round of the Japanese promotion’s open-weight “Super Hulk” tournament before making the move to Strikeforce.

The 24-year-old Mousasi is currently training in Holland with Team Golden Glory and is expected to meet this week with M-1 Global executive Vadim Finkelstein to discuss the possibility of a European marketing deal.

O’Brien, meanwhile, is three months removed from a unanimous-decision victory over Toni Valtonen at Fight Festival 27 in Finland, which was his second consecutive victory since a submission loss to Jon Jones at UFC 100 brought his release from the promotion.

Once a heavyweight, the 25-year-old O’Brien racked up six consecutive victories before he made his UFC debut. He opened his UFC career with three additional wins, including an upset of veteran Heath Herring at UFC Fight Night 8 in August 2006.

The sometime bouncer trains out of Integrated Fighting Academy in Indianapolis along with UFC veterans Chris Lytle and Matt Mitrione.

The winner of O’Brien vs. Mousasi meets the winner of Melvin Manhoef and Tatsuya Mizuno. DREAM officials then will crown the tourney champion the organization’s first-ever light-heavyweight title-holder.