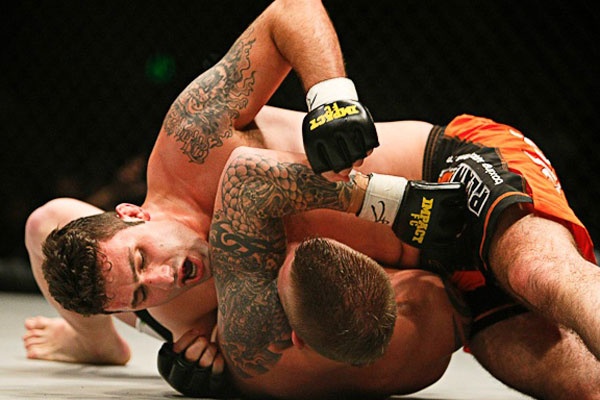 “This was my first fight that I was away from my family, and I knew they were freaking out at home,” Parisyan told Sherdog.com. “My sister was at home throwing up. I felt like it would be better for them, and for me, if I fought first, and I could get it over with so they could stop worrying.”

“Karo came to me, and said it was really important for him to be the first fight of the night, so we made it happen,” said Impact FC promoter Tom Huggins.

For the better part of two rounds, Parisyan’s oft-praised judo dominated proceedings, as he notched four throws that landed him firmly in side control. Parisyan looked to have victory secured twice in the first round, as he spun for far-side armbars from side mount, but Mortimer escaped both, and even landed some sharp right hands on Parisyan’s face.

In Parisyan’s fourth trip to side control in the second round, Parisyan threatened with a kimura that forced a scramble. In said scramble, Parisyan rode Moritimer from the side and locked up a Caol Uno-style rear-naked choke. After securing the choke, Parisyan then sunk his hooks and coaxed the tap at 4:18 of the second round.

“I need more time. My body looks like a third-grader body. But I’m trying to get back,” said Parisyan in self-critique.

Jordan Breen is a contributor to Sherdog.com.