HyeFighter Mousasi vs Mizuno for The DREAM LHW Championship 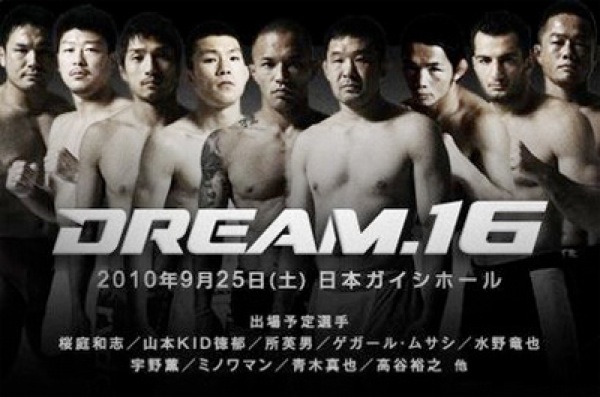 As expected the Japanese-based DREAM organization returns Sept. 25 for DREAM.16.

The event takes place at Nippon Gaishi Hall in Nagoya, Japan, and airs in North America on HDNet.

No fighters have been announced for the card, but as MMAjunkie.com (www.mmajunkie.com) previously reported, both lightweight champ Shinya Aoki and UFC vet Caol Uno are expected to fight in separate bouts. Additionally, mini-grand-prix finalists Tatsuya Mizuno and HyeFighter Gegard Mousasi are expected to fight for the first-ever DREAM light-heavyweight belt.

Aoki’s fight is likely to headline the show.

FEG, which also heads the preeminent kickboxing promotion K-1, recently announced that PUJI will stake the fight promotion company in an aggressive expansion effort – to the tune of up to $230 million U.S. dollars, according to the investment bank.

While the shape of the expansion is not entirely clear, FEG president Sadaharu Tanikawa said the effort primarily will begin in 2011.

Tanikawa said the expansion is a “declaration of war against the WWE and UFC,” though the company plans specifically to avoid the U.S. market, where he feels they are outgunned by the pay-per-view giants. The company has not promoted a show in the mainland U.S. since August 2007 for the K-1 World Grand Prix in Las Vegas.