Two HyeFighters On The Next Ultimate Fighter Show 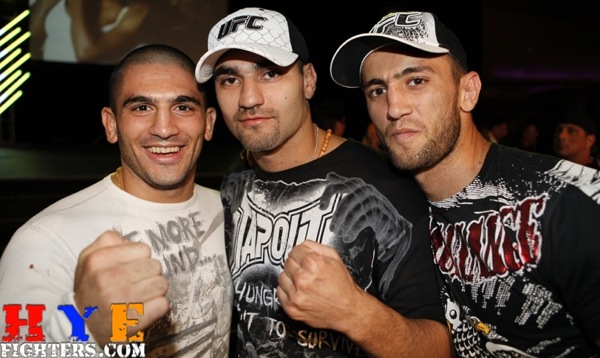 Spike TV has announced the cast for this upcoming season of The Ultimate Fighter 12, which premieres Sept. 15. – VIDEO BELOW ON BOTTOM OF PAGE:

28 lightweights will compete in a tournament to determine a winner of a six-figure UFC contract. The coaches this season are UFC welterweight champion Georges St-Pierre and No. 1 contender Josh Koscheck.

Out of the 28 fighters, there will be 2 HyeFighters on the show; Sako Chivitchyan and Sevak Magakian:

Sako Chivitchian, a 26-year-old Armenian out of Los Angles with a record of 5-0.

Paul Barrow, a 24-year-old out of Gracie Tampa in Florida with a record of 3-0.

Dan Head, a 23-year-old out training out of Indiana BJJ Academy with a record of 8-2.

Michael Johnson, a 24-year-old from MIssouri with a record of 8-4.

Nam Phan, a 27-year-old Vietnamese American out of Garden Grove, Calif. with 16-7 record.

Mike Richman is a former marine with an undefeated record of 8-0.

Aaron Wilkinson of Manchester, England with a 6-3 record.