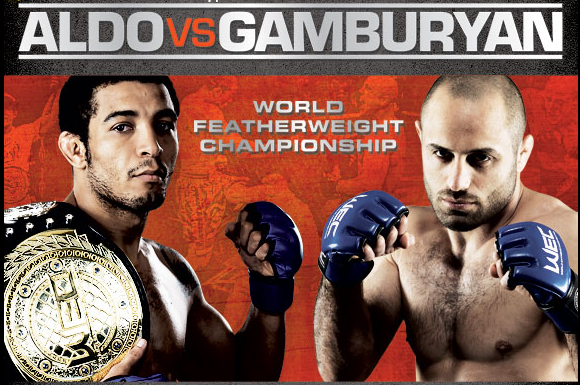 With 6 weeks left to the WEC 51 event in Broomfield Colorado, HyeFighter Manny Gamburyan is deep into his training camp with one thing on his mind, a victory on September 30th.  Team Gamburyan is training hard and utilizing all of the resources available, world class resources.  With a “game plan” in hand, Manny, his coaches and training partners are hard at work improving and practicing every day.  So far, everything is progressing to plan and Manny is beginning to look every bit as if an upset of Aldo is inevitable.

When I asked Manny about his “game plan” the only thing he told me was that the biggest difference with him, is going to be the fact that he will not be scared when facing Aldo inside the cage.  His game plan is solid, his team is solid and his performance will be just as solid.  One thing Manny did promise, was that win, lose or draw, he will leave everything in the cage and simply follow his “game plan”.

In the last few weeks, I have been lucky enough to be present at his training sessions at the Glendale Fighting Club, and if I can say one thing for certain, it is that Manny, and the people he has surrounded himself with (as well as myself) believe whole heartedly that a victory for Manny is the only possible outcome.