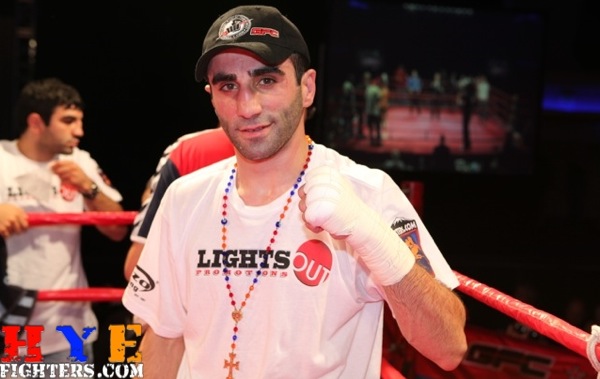 Roy Englebrecht Promotions will present a fight card at the Silverton Casino & Lodge in Las Vegas on October 16. “I am excited to bring a solid club boxing show to the Silverton,” said promoter Roy Englebrecht. “They have a great 950 seat pavilion that will put each and every fan right on top of the action, and action is what we will bring on October 16th.”

In one of the three featured bouts of the Silverton’s long-awaited first boxing event, unbeaten prospect HyeFighter  Artur Bernetsyan puts his perfect 4-0 record on the line facing Las Vegas prospect Rennell Griffin. Bernetsyan is one of the top amateurs to come out of Armenia and now trains in Glendale, CA. Griffin sports a solid 6-3 record with 2 knockouts (KOs) and has been trained by Vegas legend Richard Steele.

The second of the three featured bouts will be Los Angeles native Andy Ruiz (5-0, 5KOs) taking on St Louis’s Mike Gladney (3-2. 2KOs) in a heavyweight battle. Ruiz has been called the next great American heavyweight prospect and Johnson is a tough kid out of the Windy City. The third featured bout sees two Las Vegas boxers Zhankosh Turarov at (2- face always tough Johnny Frazier (2-3).

In undercard action, Filipino-American standout Crystal “The Baby Faced Assassin” Hoy (4- 2-2, 2 KOs) has garnered rave reviews for her exciting style and knockout power. She’ll attempt to score her third KO as a pro against the always tough Allison Cole (1-2, 1 KO) of Phoenix in a four round featherweight contest.

The Battle In The Backyard will also feature two more four round heavyweight bouts, with Idaho State basketball star 6’7 Lionel Davis, who is 5-0 with 4 KOs facing Tennessee’s Kelsey Arnold who comes in with a solid 4-3 record and 3 KOs. Natu Visinia (4-0-3Kos) out of Carson, California will also be in action against Knoxville’s (0-1) Jason Harbin.

Doors open at 6:30 p.m. and the event kicks off at 7 p.m. Tickets for “Battle in the Backyard,” presented by Roy Englebrecht Promotions, in association with Silverton Casino & Lodge are $35 and $55, and a Special Room & Ticket Offer of two nights lodging and two tickets for $199. Tickets can be purchase by calling 702-263-7777 or visiting www.silvertoncasino.com.