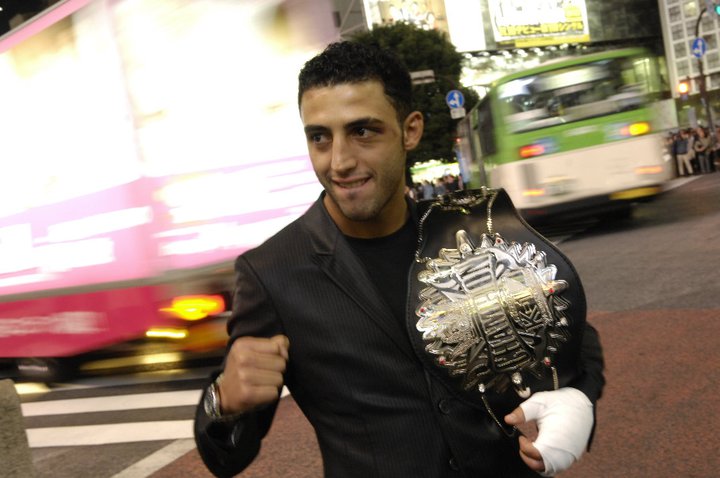 Giorgio was born in Armenia and raised in Italy and made 2 nations very proud by once again becoming the baddest K-1 Middleweight in the world.  To capture this title he had to fight 3 times on the same day all going the distance of 3 full rounds against the former K-1 Max Champion Albert Kraus in the Qarter-Finals, against the current Super Welterweight World Kickboxing Champion Mike Zambidis in the Semi-Finals and to top the night of in the Final against former Muay Thai world champion Japans own Yoshihiro Sato.

If this this does not test your limits, I do not know what will.  Both fighters were exhausted from a very long day of fighting, injuries and trying to stay focused throughout.  Sato falling to the ground after the last sound of the bell.

Petrosyan dragging himself to his corner.  They left it all in the ring. Only the strong survive in these tournaments.  HyeFighter Giorgio Petrosyan is truly the toughest standup K-1 middleweight in the world.

The Road to Victory for Giorgo Petrosyan on November 8, 2010