Sako Chivitchian to fight on TUF Finale on December 4th 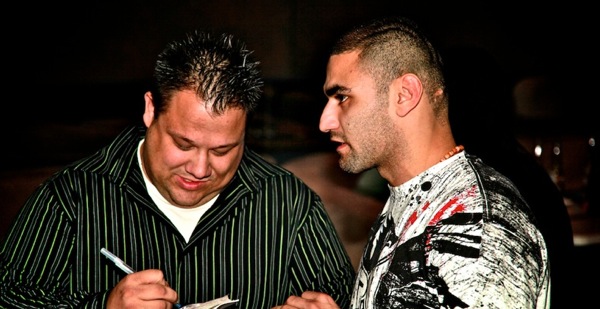 MMAjunkie.com (www.mmajunkie.com) confirmed the fight with sources close to the event.

The Ultimate Fighter 12 Finale takes place at The Pearl at the Palms Casino Resort in Las Vegas, and the night’s main card airs on Spike TV.

Watson, a member and fifth-round pick of head coach Georges St-Pierre’s team, suffered a semifinal-round loss to Jonathan Brookins on tonight’s regular-season finale of the reality show. He advanced to the final four with an elimination-round victory over Joseph Duffy, an opening-round win over Andy Main, and a quarterfinal-round victory over Aaron Wilkinson. All of the wins came via submission.

Watson, who blogged about this “TUF” season for MMAjunkie.com, is the jiu-jitsu instructor at the Illinois-based H.I.T. Squad and an eight-year pro fighter. The Brazilian jiu-jitsu brown belt and Jeet Kune Do black belt has seen a career resurgence in recent years with a 6-1 record and four consecutive wins.

Chivitchian, a third-round pick on Josh Koscheck’s team, earned an elimination-round win over Toby Grear via unanimous decision to earn his way onto the cast. In the next round, he scored a decision win over Dane Sayers. However, in the quarterfinals, Brookins submitted him with a first-round rear-naked choke.

Prior to joining “TUF,” Chivitchian earned a Judo black belt and supplemented the competitions with wrestling training and tournaments. The Armenian fighter made a successful pro MMA debut in 1999 but sat out the next decade after suffering a gunshot wound to the leg. He returned to pro competition in early 2009 and since has picked up four more wins to keep his perfect record in tact.