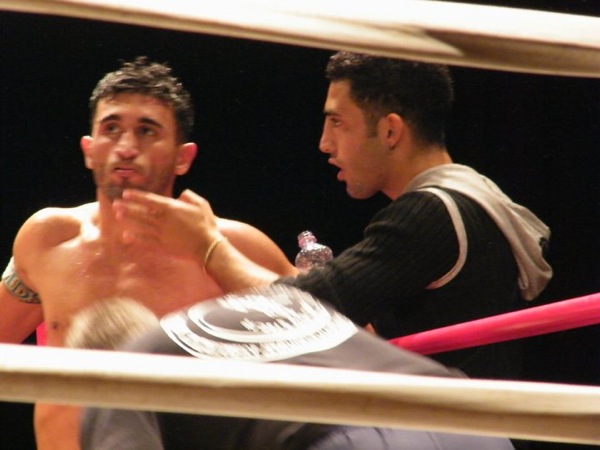 Two-time K-1 MAX champion and pound-for-pound king HyeFighter Giorgio Petrosyan has announced an upcoming fight. On Jan. 29, Petrosyan will compete at the Thai Boxe Mania show in Italy. His opponent will be Yohan Lidon, a French Muay Thai champion. Lidon is an extremely busy fighter, with 2 other fights scheduled between now and the Petrosyan fight. He’s competed againt many top Muay Thai fighters, including Yodsaenklai, Naruepol, and Lamsongkram, among many others. He has some good wins on his resume, but obviously will have to really step up his game to topple Petrosyan.

Currently riding a 3 year undefeated streak, Giorgio Petrosyan has really established himself as the pinncale of kickboxing over the past two years. He’s the rare kind of fighter where it is a joy just to see him compete, no matter who he faces. His 2009 and 2010 runs through the K-1 MAX fields have been remarkable, and at 24 years old, he shows no signs of stopping. His worst enemy may be injury, as he broke his hand at last year’s GP final, then suffered another broken hand this year. He’s currently recovering from that injury, but is scheduled to return in 3 weeks to face Pajonsuk on December 11 for It’s Showtime. The fact that this Lidon fight was just announced bodes well for his return, but let’s hope it happens – last year’s injury forced him out of 3 much anticipated fights, and really hope that does not become the norm for him.

The show will also feature good fights outside of the main event. Three other fights have been announced so far:

Armen Petrosyan v. Abdallah Mabel – It’s easy to overlook Armen Petrosyan because of his brother’s stature, but he is a very skilled fighter himself. Mabel recently had a good showing against Saiyok, and this looks like a very evenly matched contest.