The four outstanding, talented athletes who will compete in The Bantamweight Tournament: Winner Takes All live on SHOWTIME® made weight on their first attempts Friday at Emerald Queen Casino in Tacoma, Wash. The exciting, eagerly anticipated two-stage, single-elimination tournament begins tomorrow/Saturday, Dec. 11, on SHOWTIME at 9 p.m. ET/PT (delayed on the West Coast) at Emerald Queen. In the opening 12-round bout on the telecast, two-time division titlist HyeFighter Vic Darchinyan (35-2-1, 27 KOs) and undefeated, world-ranked Abner Mares (29-0-1) will clash for the World Boxing Council Silver Belt. 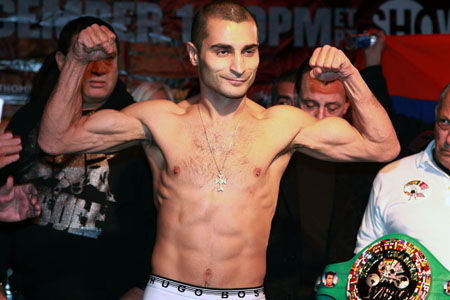 The winners of each semifinal will clash in the final in 2011 with the losing boxers competing in a consolation fight.