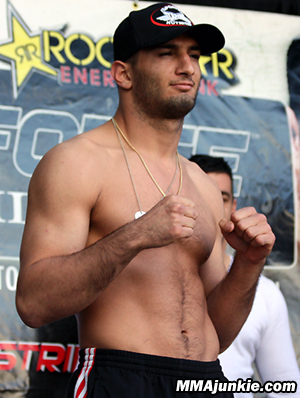 DREAM “Dynamite!! 2010” takes place at the Saitama Super Arena in Saitama, Japan, and airs on HDNet in the U.S.

Strikeforce heavyweight champion Alistair Overeem also is expected to be a part of the card, though the organization still is trying to finalize an opponent. Officials confirmed former WWE star and Strikeforce vet Bobby Lashley is a possibility. A source close to the fighter told MMAjunkie.com on Thursday the bout has a solid shot of being signed.