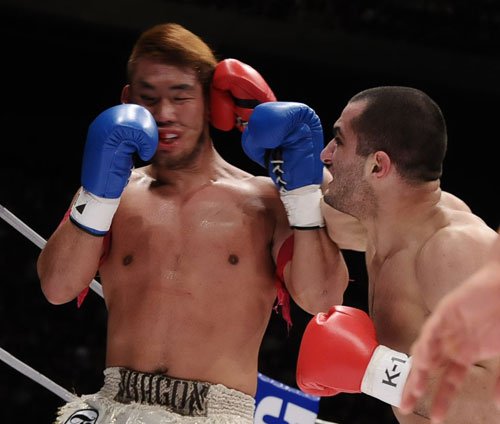 While the bout was closely contested in the opening frame, Mousasi unleashed a devastating right hook in the second that sent Kyotaro crashing to the canvas. The Japanese striker remained on wobbly legs for the remainder of the frame, but he was able to withstand the Mousasi onslaught and avoid a TKO finish.

The pace of both fighters slowed in the final frame, and Kyotaro recovered remarkably well, but the damage done in the second round left little question as to the victor.

With the decision win, Mousasi improves to 5-0 as a kickboxer (while his 30-3-1 MMA record impresses, as well).

The knock down is at the 6:45 mark of the video below…