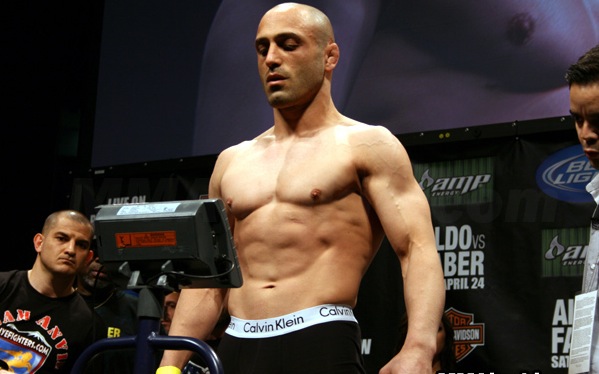 HyeFighter & “Ultimate Fighter” season five runner-up and former WEC featherweight number one contender, Manny Gamburyan has been speaking about his excitement that he’s returning to the octagon following the absolution of the Las Vegas based promotion, as well as saying he hopes the return comes in March of this year.

“Life is great, man, just doing my thing and hanging out with family, friends, and I’m training—and that’s about it. My next fight will be probably in March, hopefully in March, I don’t know the date, yet. I kind of know who I’m fighting, but I can’t talk about it, because we both haven’t signed a contract, yet. It’s going to be in March.”

“To be honest, it feels like I’m back home. I was fighting with the UFC, I went on the reality show, I went to the WEC just to do some work there at 145—and I did it.”

“That division is stacked, the whole division is stacked. I could name all day, they’re all top-notch guys. They’re all really good. I would love to [fight] all of them, before I retire—that’s for sure. I’d like to fight every one of ‘em. The future is good. I’ve got one plan only and I’m looking to do it as much as I can, I want to go for the belt, again, and hopefully I can get a victory this time.”

Gamburyan was the last man to challenge UFC featherweight champion, Jose Aldo for the WEC version of the title. Prior to that he’d impressively beaten Leonard Garcia and Mike Brown.