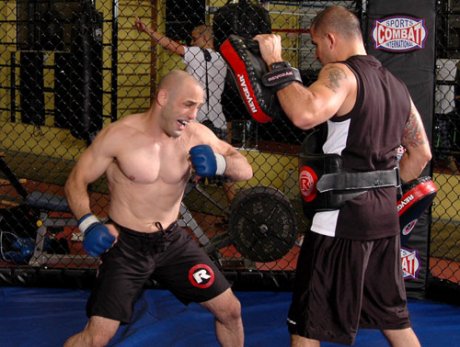 HyeFighter Manny Gamburyan, has put behind his loss to Jose Aldo, learned from it and is ready to open his training camp on January 17th to prepare for UFC 128 on March 19th in Newark NJ against Raphael Assuncao

Assuncao (16-3 MMA, 0-0 UFC) makes his UFC debut after a five-fight stint for the company’s now-shuttered sister-promotion, the WEC. Assuncao debuted for the WEC in 2009 with decision wins over Jameel Massouh and Yves Jabouin but was derailed in a No. 1 contender fight with Urijah Faber. Assuncao was defeated again in a matchup with Diego Nunes but has since bounced back with a victory over L.C. Davis.

Meanwhile, Gamburyan (11-5 MMA, 2-3 UFC, 3-1 WEC) returns to the UFC after dropping to featherweight and racking up a 3-1 record in the WEC. A former lightweight, Gamburyan was a finalist on The Ultimate Fighter 5.  This will mark Manny’s return to the UFC! And, as Manny said “I can’t wait for training to start” and we can’t wait to see this fight!!!