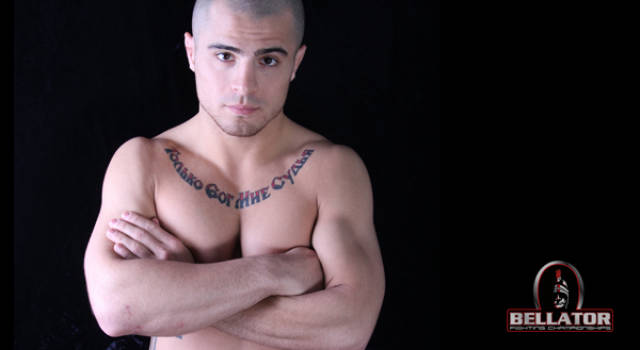 Karakhanyan, a Season 2 semi-finalist, joins Eric Larkin, Kenny Foster and Zac George as confirmed participants in the eight-man draw, the winner of which will receive a title shot against reigning Bellator featherweight champion Joe Warren.

A Brazilian jiu-jitsu brown belt, Karakhanyan last appeared at Bellator 28 in September, when he earned a unanimous decision over World Extreme Cagefighting veteran Anthony Leone at the Mahalia Jackson Theater for the Performing Arts in New Orleans. The 25-year-old operates out of the Millennia Mixed Martial Arts Training Center in Rancho Cucamonga, Calif., and has rattled off 10 wins in his past 11 outings. Karakhanyan’s lone setback in that span came in a controversial unanimous decision to Warren at Bellator 18.

“I need to take this tournament one fight at a time. I’m trying not to focus on Joe Warren right now. Whoever they put in front of me, that’s who I’m going to focus in on,” Karakhanyan said in a release. “I never underestimate anyone. There are going to be some really dangerous fighters in this tournament, so I’m just going to take things one fight at a time, focus on that person and then go from there.”

“I hate losing. Losing to Joe Warren was a horrible feeling,” Karakhanyan said. “To be able to come back from that and beat three guys on my way to getting revenge against him would be an amazing feeling. That’s my main goal right now.”