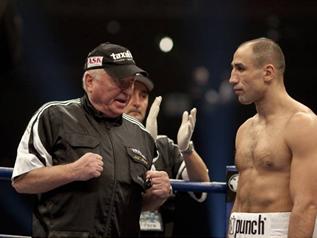 HyeFighter Arthur Abraham (32-2, 25 KOs) got back into ring with a second round TKO over against WBA #9 super middleweight Stjepan Bozic (24-5, 15 KOs) on Saturday night at the RWE Sporthalle in Mülheim an der Ruhr, Germany. In the 4:01 that the bout lasted, King Arthur was much busier than the fighter who faced Carl Froch in November.

From the opening bell Abraham concentrated his efforts on establishing the jab, throughout the first round he doubled up on the jab while switching his attack to both the body and head.

In the second round Bozic responded to an Abraham attack by opening up an assault of his own, during the exchange he landed a blow on the elbow of Abraham dropping to the canvas in pain, the referee on the advice of the ringside doctor stopped the fight due to a suspected broken hand.

In the short time “King Arthur” showed some change in his fighting style, certainly focusing more on his jab. It remains to be seen if the Armenian has refined his arsenal to mount a serious challenge against Olympic gold medallist Andre Ward, Abraham’s best chance of a victory against Ward will most likely be seeking the early knockout.

Arthur Abraham will meet Andre Ward in the semi-final of the super six tournament at a date yet to be announced. The other semi-final will be contested between England’s Carl Froch against the road warrior Glen Johnson on May 21st in the Super Six semi-finals. 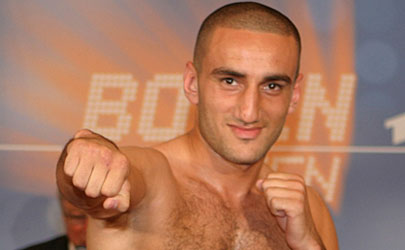