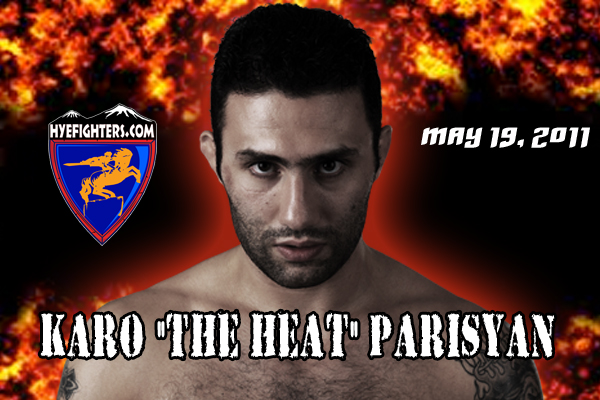 A welterweight bout between HyeFighter Karo Parisyan and Ryan Ford will likely be part of Jones Entertainment Group’s “MMA Live 1” event, set to take place May 19 at the John Labatt Centre in London, Ontario, Canada.

While still awaiting commission approval, a source close to the event has confirmed to Sherdog.com that the matchup is in the works. CagePotato.com first reported the bout on Wednesday morning.

Once considered one of the sport’s top welterweights, Parisyan’s career has hit a rough patch in recent years. Owing to injuries and highly publicized personal problems, “The Heat” has competed just four times since April 2008, earning a 1-2 record with one no-contest in that span.

Formerly a staple of Canada’s Maximum Fighting Championship, Ford has won six of his last seven contests. The 29-year-old “Real Deal” holds notable victories over UFC veterans Tom Speer and Pete Spratt (twice). A veteran of 16 professional contests, Ford owns all but one of his career wins by either knockout or submission.

HyeFighters.com will be working to get an interview with Karo and will keep you all posted.