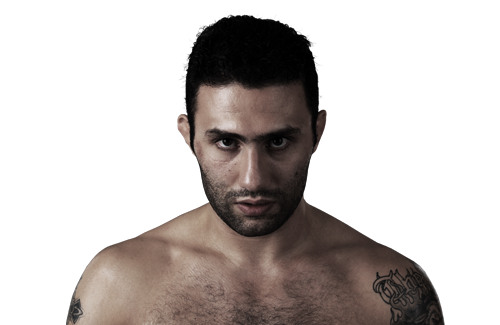 Ford comes out aggressive in the clinch and Karo can’t throw him. Now he judo trips him twice. Ford slams him and then a knee. Once again Karo throws him down and in side mount. Karo is on his back looking to get an opening. Ford muscles up and throws a knee.

This is a real battle of strength between the two and round 1 was even.

Ford comes flying across the ring in a flurry. crowd goes nuts, Pro Ford crowd for sure

Karo takes Ford down and is in half guard he switches to Fords back and is pounding away looking for an opening. A lot of strong throws back and forth again. Ford gets thrown and then slams Karo and lands a right hand,

Karo is putting on a judo clinic and had dominant position for most of that round.

They start round three and Karo charges in. Ford lands a vicious knee and splits Karo wide open early in the third. Ref stops to check with the doctor. The doctor stop it early in the third due to a cut Karo Parisyan,

The bout appeared to be leaning towards Parisyan in rounds one and two, as he scored with takedowns and throws. Ford was losing the first two rounds to Parisyan (19-7). In his post fight interview in the cage, Karo was very humble in the loss and told everyone he was there to prove to himself he could compete, and for that, the 3000 plus fans gave him a good ovation.