HyeFighters Go 1 and 1 In Kickboxing Action In Spain 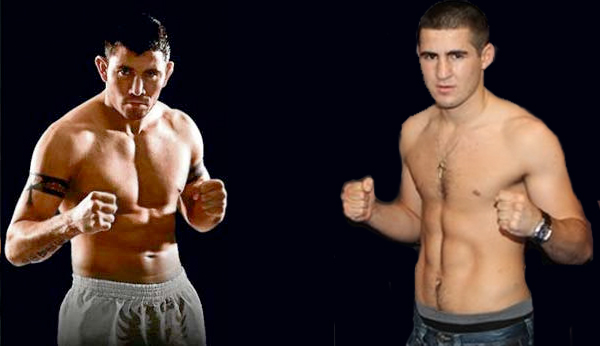 HyeFighters win one and lose one at It’s Showtime in Spain.  Although Gago Drago lost the match on points, it was crystal clear, that his opponent, Abraham Roqueni , wanted absolutely no part of him and basically ran away and danced the entire match refusing to fight. Gago was his usual “seek and destroy” self, but Abraham preferred to just “dance”:
Gago Drago vs. Abraham Roqueni:
Round 1: Here come the kicks. Through the first forty-five seconds, that’s most of what it’s been. Leg kicks, Roqueni threw a head kick. Just under two minutes left and Roqueni goes to the body. Drago is advancing now, halfway through the round. Neither man is landing anything to write home about yet. Jab, cross from Roqueni around :45, cross may have landed a bit. Body kick from Drago at :25. Roqueni comes back. Roqueni’s defense is serving him well here, might honestly be the most interesting thing to me thus far.

Round 2: Roqueni still looking evasive. Drago advances, misses, Roqueni lands – story of the bout thus far. That’s been the formula to take it to Drago in the past and it works so far for the Spanish fighter. Roqueni opens up around 1:20 left and, while there’s not too much landing out of it, he’s still scoring. :50 and Roqueni throws one of his awkward, wide shots. Hope he won’t start with that. Head kicks from both men near :30. Roqueni outboxing Drago now and goes with a push kick around :15. Roqueni is ahead in this one.

Round 3: Drago advances, Roqueni continues to evade most everything. Drago lands a pretty nice leg kick though. Roqueni lands one of his own around 2:25 left. Drago comes in with a right hand halfway through the round and Roqueni sends him to the floor with a solid leg kick. Drago still pushing forward with one minute left, throws a left hook that just doesn’t land flush. The Armenian slaps a head kick off Roqueni’s gloves. Under thirty seconds left in the bout and Roqueni ends a combination with a pretty nice leg kick. They tie up in close, round comes to the end with a few more shots thrown.

Round 1: Somewhat of a slow start here, Parparyan looking to establish the leg kicks while Ruibal is opting to box a bit. Push kick from Sahak puts Ruibal in the corner for a moment but the Armenian isn’t able to capitalize. Another push kick from Sahak with a minute left in the round. Ruibal is still boxing, moving back much of the time. Parparyan seems a bit annoyed as he’s having trouble putting hands to Ruibal, but Ruibal comes through with a right hand around :40. A jab sneaks through Sahak’s guard with just over :20 left. Interesting round in all. Slight edge to Ruibal perhaps.

Round 3: Ruibal lands a glancing hook about twenty seconds into the round. He’s circling, as he has been, which is frustrating Sahak. Parparyan lands well at 2:20 though, Ruibal looks a little hurt. Then Sahak starts landing again. Just over two minutes left and Ruibal looks hurt. Twenty seconds later and Ruibal has his back turned to Sahak after missing a punch – not a good sign for the Spanish fighter. Both men missing with blows at this point. Sahak coming in with punches and Ruibal responds with a few leg kicks. Knee up the middle from Sahak with :37 to go. Ruibal looks to be spent, but starts to respond with under twenty seconds. Catches Sahak once or twice. The Armenian responds at the very end of the round. Clearest round of the fight, that went to Sahak 10-9. Sahak Parparyan wins via majority decision (4-1).