An Interview with GEORGE BASTRMAJYAN 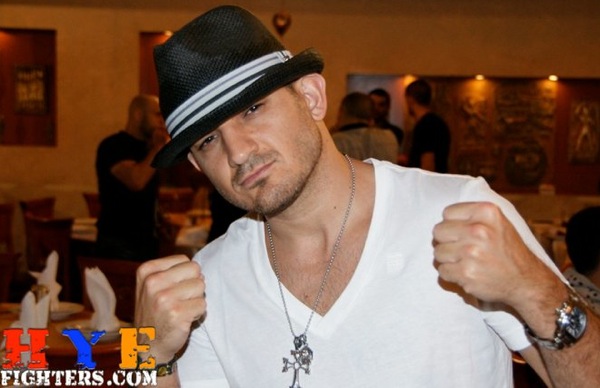 Promoter of Yusaf Mack also branching out into managing

George Bastrmajyan is a promoter and part owner of Lights Out Promotions, a promotional company based in California that represents boxers and muay thai fighters. Just recently, Bastrmajyan’s boxer Yusaf Mack challenged Tavoris Cloud for the IBF light heavyweight title in St. Louis last weekend. Boxingtalk spoke with Bastrmajyan about his experience in St. Louis and his company Lights Out Promotions (www.teamlightsout.com).

DL: Tell me a little about your experience in St. Louis at the “Show Me Something Great” card?

GB: We had a great time. It was exciting as hell to have my guy fighting for a world title. And for me, it was educational to be honest. It was good to see the DKP [Don King Productions] crew and see how they operate. I’ve been following Don King since I was eight years old. He was the guy with the fuzzy hair. He promoted Muhammad Ali and Mike Tyson and those guys. My dad and my grandpa would tell me about him. Every time I watched boxing, I would see him. That guy was everywhere. I was like, there’s that guy again. And now, I feel that it was my destiny to become a promoter. It was exciting as hell to be in the same ring with this guy I’ve looked up to my whole life.

DL: What is your assessment of Yusaf Mack’s fight with Tavoris Cloud?

GB: Coming into the fight, he had a great training camp and great sparring. I have a lot of respect for his trainer and manger Buster Custas. They had a game plan, but so did Tavoris. Yusaf was a 10 to 1 underdog and to be honest, I think Tavoris Cloud is the best light heavyweight in the world. And to go eight rounds and be up on one of the scorecards is a good accomplishment on Yusalf’s behalf, because he was following his game plan. But in boxing, one punch can change the fight and that one punch that Tavoris landed changed everything.

DL: What’s next for Yusaf? How’s he doing and what’s the plan?

GB: He’s good. Nothing’s wrong with him. He’s a little banged up, but back to the drawing board. He’s 31 years old and I think he put on a good show for HBO. So we’ll give him a couple weeks rest and we’ll go to his manager and see what they want to do. I’m pretty sure we’ll get Yusaf another good fight soon and get him back in there.

DL: Tell me a little about Lights Out Promotions and some of the other fighters you represent.

GB: I started the company with my partner Edmond Tarverdyan about seven years ago. And Edmond is a trainer too. He trains all of our guys. We basically started out promoting local Muay Thai events in California, but I always had a passion for boxing. And at the same time, we were training professional fighters at our gym Glendale Fighting Club (www.glendalefightingclub.com), we were managing a couple of guys… And it picked up speed and we got more into boxing. As far as our fighters, right now, under Lights Out Promotions, we have Yusaf Mack and Otis Griffin. Steve Bash from Bash Boxing approached me and asked me to get involved with a fight. Yusaf Mack and Otis Griffen were fighting in an IBF eliminator and the fight was offered to me. They wanted to know if I would be in partners with the two guys. And now, basically, we have both guys under a three-fight contract. But I’m involved with a second company, where we manage boxers and we have a very highly regarded up-and-coming prospect named Art Hovhannisyan. He fought on ShoBox recently and looked very good. He knocked out his opponent Archie Ray Marquez in the sixth round. We also train a lot of boxers out of our gym. Vanes Martirosyan trains there with my partner Edmond. And I’ve got to say, I think Edmond is one of the top five trainers in the game today. You’re going to hear more about him. But for me, I just love boxing and fighting and doing it all. If I have to, I’ll put the ring up myself. I hire ring girls. I put little stickers on chairs. Whatever it takes.

DL: Anything in closing?

GB: For me, it’s all about the love of the sport. I started this company about seven years ago and I hope the day will come when we’re like Don King and Gary Shaw and all of the other great promoters out there. And I have the feeling that Lights Out Promotions is going to be like that in the next three or four years.