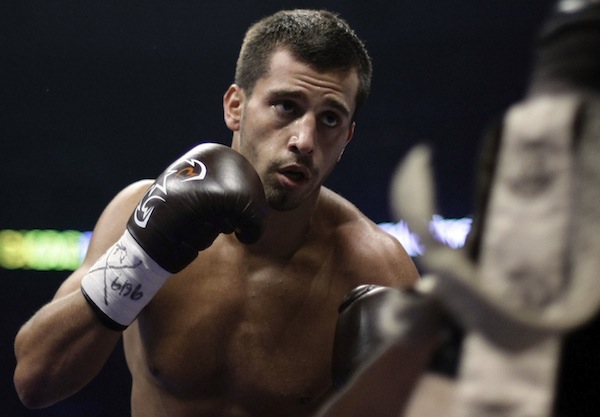 One of the fastest rising stars in boxing today is Canadian HyeFighter David Lemieux.  David has been a professional Middleweight boxer since 2007, and since that time he has amassed an incredibly impressive record of 25 Wins with only 1 loss.  The impressiveness of this record lies in the fact that 24 of his 25 wins have come by way of KNOCK OUT.  That is an incredible 92% KO rate.

David was kind enough to speak with HyeFighters and provide the following interview:

HyeFighters: From what I have been able to find out, your mom is Armenian. What is her last name and where is she from?
David Lemiuex: My moms from Beirut Lebanon, she was born there and her last name is Khavloudjian

HyeFighters: Were you brought up as Armenian? and do you consider yourself to be Armenian?
David Lemiuex: I was brought up Armenian because when i was born my step dad is also Armenian with the last name of Melekian so all my life I spent with Armenian tradition but I am half Quebecois because of my real dad Lemieux..

HyeFighters: Montreal has a sizable Armenian community, how much support do you get from the Armenian community in Montreal?
David Lemiuex: I get good support from my Armenian friends and fans but in the future I am sure there will be much more support.

HyeFighters: Who are some of your favorite Armenian fighters in Boxing, MMA and Kickboxing?
David Lemiuex: I like Vic Darchinian as a good fighter

HyeFighters: Have you met any of them? and who would you like to meet and/or train with?
David Lemiuex: I Haven’t met them yet, If I ever get the chance, I would like to train with Arthur Abrahamian

HyeFighters: Who got you started in boxing and when?
David Lemiuex: I started boxing when i was 9 because I use to love fighting

HyeFighters: What does it mean to have the support of the Armenian community worldwide?
David Lemiuex: I think the support of Armenians to support one another is important.

We are certain we will all be hearing more from this great young HyeFighter!