HyeFighter Karakhanyan to Fight for The Vacant Tachi 145 Belt on Dec. 2 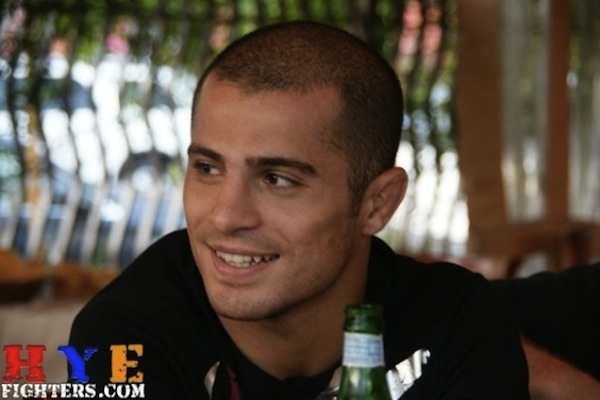 “It took some time and a lot of work, but we are very happy with this fight,” Tachi Palace Hotel and Casino Entertainment Coordinator Jeremy Luchau said. “Georgi is a well-rounded veteran and we are excited to have him on the roster and fighting a fan-favorite like Isaac.”

The title bout will occupy one of the top slots on TPF 11 “Redemption,” set to go down Dec. 2 at the Tachi Palace in Lemoore, Calif. The company’s flyweight champ, top-ranked 125-pounder Ian McCall, will defend his belt on the same card against former WEC and UFC talent Will Campuzano.

A two-time Bellator featherweight tournament participant, 26-year-old Karakhanyan posted a 2-2 record in the cage, scoring wins over Bao Quach and Anthony Leone while falling to eventual tourney winners Joe Warren and Patricio Freire. Since departing the promotion earlier this year, the Millennia MMA representative has notched a pair of first-round submission wins on local shows in California.

DeJesus was originally slated to meet Yagin before the “Filipino Phenom” departed for the big show. The Stockton, Calif., resident will look to get back against Karakhanyan following a turbulent 14 months.

After suffering first-round defeats to Rob McCullough and Micah Miller in non-title bouts, DeJesus missed weight for his May defense against Russ Miura and was stripped of his Tachi gold. While he would punch Miura out in less than three minutes at TPF 9, the victory was ruled a no-contest by the California State Athletic Commission and DeJesus was suspended for six months after testing positive for marijuana.