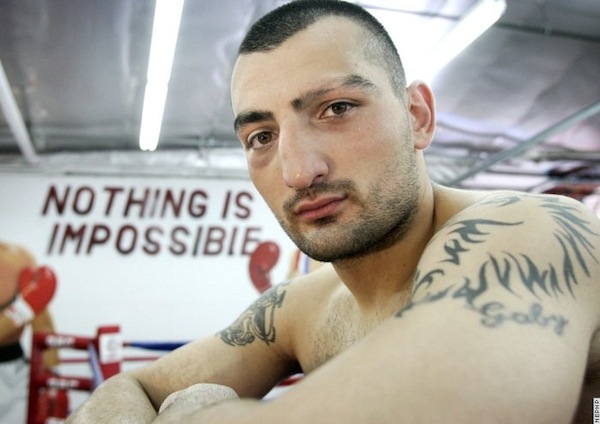 Team Martirosyan would like to offer an explanation as to why an offer to face Alfredo Angulo was rejected. While it is always an honor to fight on HBO and to face a great fighter such as Angulo, the circumstances have to be right.

Serge Martirosyan, who is both Vanes’ uncle and manager stated, “Both Angulo and Vanes are warriors. In my opinion they would both beat all of the belt holders at 154 pounds. Why should they fight each other now without a belt involved? They can fight later in a unification fight for a lot more money.”

The elder Martirosyan understands the position of the fans and sees why they would want to see such an intriguing match up. He feels that Angulo and Vanes should both get shots at some of the other champions out there and then face each other in a fight that would really mean something. Serge went on to say that he would like to see the champions of the division step up and face the top contenders instead of fighters from other weight divisions.

“I think it would be a really good fight and I can see why the fans want to see it but these guys work their asses off their whole life to get to this point,” explained Martirosyan. “Angulo and Vanes both deserve to get compensated accordingly for this fight. These other champs at 154 are fighting welterweights. They should be fighting top 10 ranked junior middleweights and not welterweights. They should fight Angulo and Vanes.”

Vanes’ manager explained the situation further by offering a timeline of events, “First we were the number one contender for the WBC belt when they let (Saul) Alvarez fight a welterweight (Mathew Hatton) for the belt. To appease Vanes, they let him fight for the Silver belt. Vanes won the belt so he was again set to fight Alvarez. Then they ordered Vanes to fight Angulo in another eliminator. We said okay again and then they said that it would have to be in Mexico. We would have agreed but to top it off, they offered just a little more money to Vanes than what he got when he fought Joe Greene in New York so we had to say no.”

The Glendale, CA based fighter’s uncle believes that the proposed Martirosyan-Angulo eliminator was a set up from the beginning. He feels that it is just a way for Golden Boy to protect Alvarez from the top contenders in the division and that they were fully aware that Martirosyan would not be able to accept the terms of the fight.

“I think Golden Boy did well to protect their champion. They knew we were going to turn down the Angulo fight under these conditions beforehand,” he said.

HyeFighter Martirosyan will be back in the ring soon. Another announcement will follow shortly.