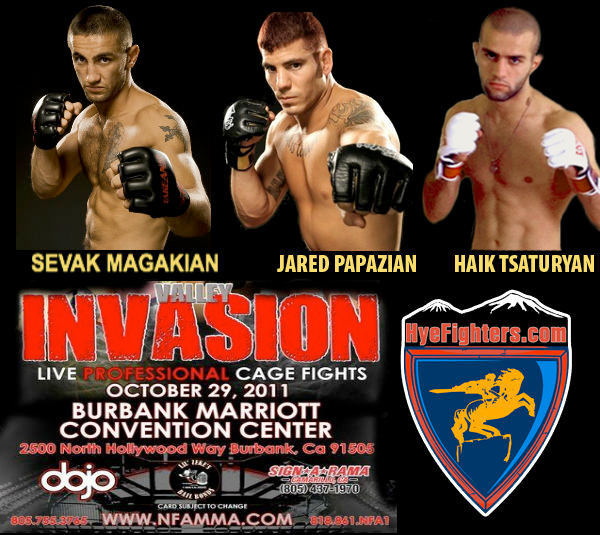 Papazian, is coming off a successful title defense on September 15th against Marvin Garcia. With that victory, the 23-year-old HyeFighter Papazian has won eight of his last nine bouts, moving to 14-6. Papazian is positioning himself as the “hardest working man in MMA”.

The main event of the show will feature HyeFighter Sevak “The Silverback” Magakian.  Magakian, always a crowd favorite, brings with him an 8-3 record and was last seen as one of the more entertaining characters on UFC’s “The Ultimate Fighter” reality show last season.

In a featured match, Haik Tsaturyan (2-0) will face Octavio Morales in what is shaping up to be a true grudge match.  The animosity and dislike between these two fighters has already started a war of words on their respective facebook pages which will undoubtedly carry over to the cage.  This fight will be very exciting.

We are certain all of the local HyeFighters will be at this event supporting their brothers!!!!

Come out and support our HyeFighters!!!!