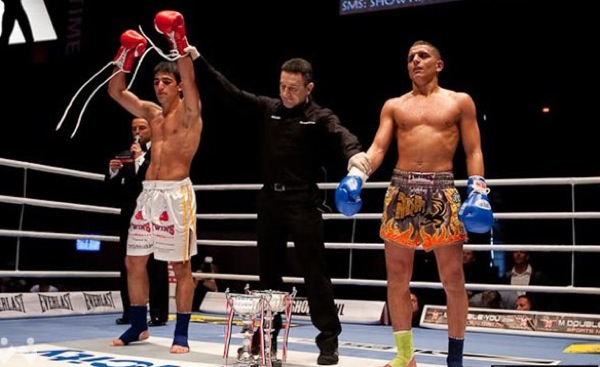 The much anticipated card features a eight man, one night tournament at 70kg. Among the names featured in the tournament were Andy Souwer, Gago Drago, Artur Kyshenko, Chris Ngimbi, Harut Grigorian and Robin van Roosmalen. In addition to that, there was a super fight featuring HyeFighter Marat Grigorian and Rustemi Kreshnik.

The fights did not go well for Gago Drago or Harut Grigorian.  Marat Grigorian (the brother of Harut Grigorian) was to only HyeFighter to get a victory.  This card originally had Giorgio Petrosyam scheduled to fight, however, Giorgio was not able to participate as he was nursing a broken hand suffered in his last fight.

70kg Quarter Final: Artur Kyshenko vs. Gago Drago
Artur Kyshenko wins by TKO (Referee Stoppage) in Round 3. Kyshenko dominated the fight and looked monstrous. Drago just seemed flat, although he gave it his all. Kyshenko dropped Drago once in the third and then swarmed him until the referee stopped the fight.

70kg Quarter Final: Andy Souwer vs. Harut Grigorian
Andy Souwer wins by decision in an extra round. Grigorian came out guns blazing, surprising everyone and putting it on Souwer. Souwer rallied back in Rounds 2 and 3, getting an extension round where he was able to score points and win the fight. This was a great back and forth fight.

73kg Super Fight: Yassin Baitar vs. Marat Grigorian
Marat Grigorian wins by Majority Decision (4-1). It was a very good fight on a very exciting card. Grigorian didn’t look as great as his previous outings, but he turned it up in the third round.