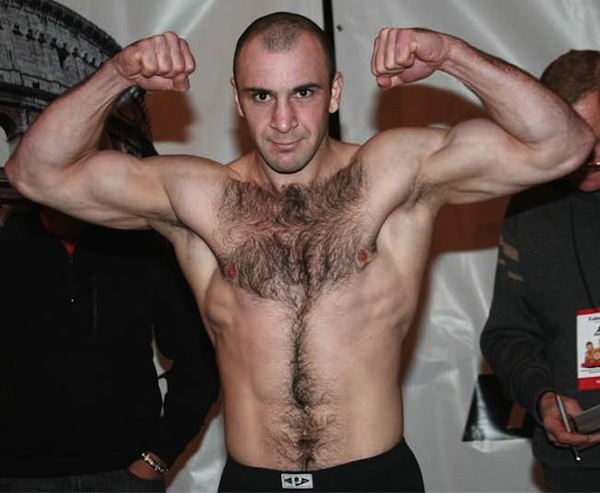 Our thoughts and prayers are with HyeFighter Gennady Martirosyan.  Martirosyan was hospitalized after yesterday’s brutal fight against Dmitry Pirog for suspected internal bleeding in his head.

“These suspicions have not been confirmed, but the doubts remain,” Gennady’s manager, Alexander Yagulov said. “We are staying in the hospital, the doctors say there is improvement, he is conscious. But they will keep him there for two days and check his head and general condition.”

Yesterday in Krasnodar, Russia, World Boxing Organization (WBO) middleweight champion Dmitriy Pirog retained his belt with a 10th-round corner retirement over extremely gutsy HyeFighter Gennady Martirosyan. The two warriors gave the fans a terrific all-action fight for ten absorbing rounds, before the badly swollen right eye suffered by the challenger persuaded his corner to pull him out. Martirosyan, the same age, is now 22-3(11).

Martirosyan really came to take the belt yesterday, coming out on the attack early and staying there for the remainder of the fight. Pirog, the taller man by a good margin at 6’1” to 5’7,” was in a hard fight end he knew it. Both guys went hard to the body and both men had to take some serious shots to the head.

After a great battle, the faster man, Pirog, got on top in the 8th, 9th and 10th-rounds. Fighting on a dangerously slippery canvas (Gennady went down a number of times and both men lost their footing due to the wet canvas), the two men were spurred on by a noisy, enthusiastic crowd. By the later rounds, Gennady’s right eye was a mess, seriously swollen underneath, with the damage spreading and affecting his vision.

Pirog went to work with his ultra-fast hands, often using effective uppercuts to the chin. Martirosyan would not give up, however, his bull-like attacks there to the very end. Finally, though, after a bad 10th-round, Martirosyan’s corner decided to pull their man out. It would be interesting to know how the cards read at the time of the stoppage.

Yesterday’s fight might not win this year’s FOTY award, but those in attendance would likely tell you it should do.