HyeFighter Murat and Campillo Fight To A Draw 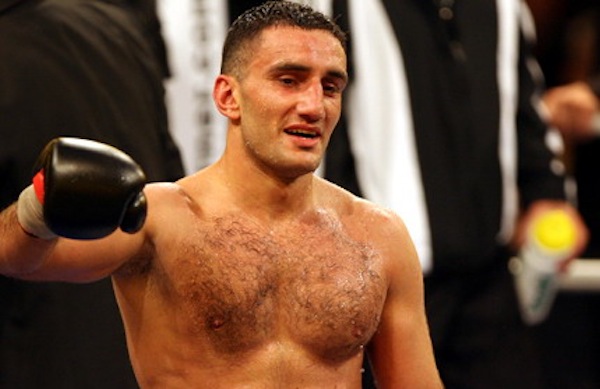 Tonight’s clash between former WBA light heavyweight champion Gabriel Campillo (21-3-1, 8 KO’s) and German based HyeFighter Karo Murat (24-1-1, 14 KO’s) ended in a disappointing 12 round majority draw on the udnercard of the Steve Cunningham vs. Yoan Pablo Hernandez bout at the Jahnsportforum, Neubrandenburg, Mecklenburg-Vorpommern, Germany.

The judges’ scores were as follows: 115-113, 111-117 and 114-114. Campillo dominated most of the fight with his combination punching and nonstop punching. However, Murat was able to land hard body and head shots in every round of the fight, making it difficult to score a lot of the rounds. In the 12th, Murat had Campillo badly hurt in the last minute of action after tagging him with a huge right hand, but was unable to finish him off.

There was a lack of clean punching throughout the fight, but the pace was solid and there wasn’t much by way of resting. Murat (24-1-1, 14 KO) was visibly exhausted by the middle rounds, with the unseasonably hot weather in Germany being much to blame, as it was very warm in the building, particularly in the ring under the lights. But the Armenian banger kept coming forward, and swung for the fences in the late rounds, hoping to rally against the more relaxed, largely in-control Campillo (21-3-1, 8 KO).