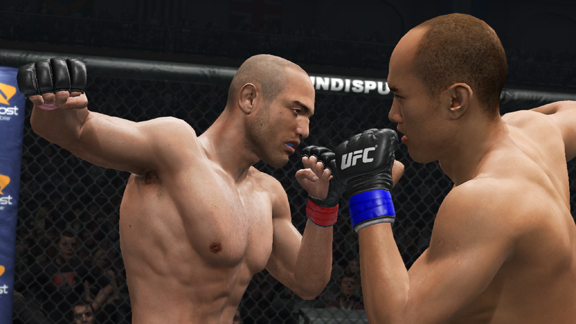 HyeFighter Manny Gamburyan will be featured as one of the featherweights in the upcoming UFC Undisputed 3 video game.

From there, Manny went on to fight in the UFC then dropped to the featherweight division in UFC’s WEC promotion where he beat former Champ Mike Brown by KO and went on to fight against Champ Jose Aldo for the WEC 145lb Championship.  Manny is now back in the UFC and as always, a force to be reckoned with.

His inclusion in the upcoming UFC Undisputed 3 video game is something that Manny is very excited about.  When we spoke with him last night, he said “I can’t believe I am a character in a video game.  I would have never imagined this in a million years”.  I for one, will be waiting for the release of this game and will definately purchase it!!!!

Other featherweights included in this game are: