HyeFighter Lemieux Returns To The Ring On December 10th 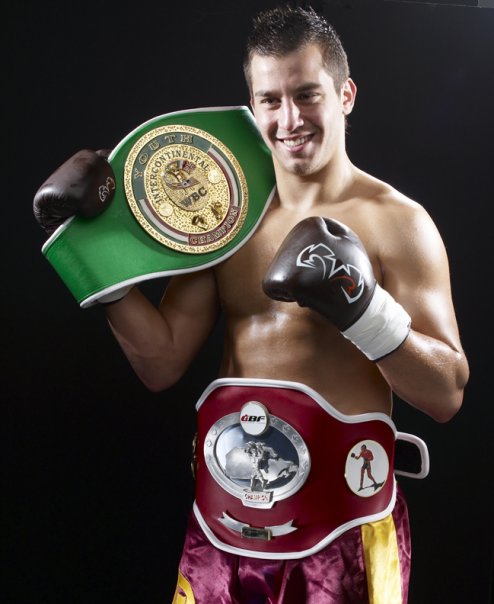 Montreal middleweight David Lemieux, who has not fought since suffering a shocking upset loss to Marco Antonio Rubio in April, is set to return.

Michel and Alcine promoter Lou DiBella worked out a deal this week.

“We are finalizing the paperwork and we are supposed to have a press conference on Monday,” said Michel, adding that the bout will be available on pay-per-view in Quebec. “It’s not a fight that will draw 15,000, but this is a big local rivalry and we should draw around 5,000.”

The 22-year-old Lemieux (25-1, 24 KOs) was one of the fastest-rising prospects in boxing and many had tabbed him for stardom until he ran into Rubio on ESPN2’s “Friday Night Fights.” Lemieux was easily beating the former world title challenger until Rubio rallied and knocked him out in the seventh round.

The loss sent Lemieux’s career into a tailspin. The aggressive schedule being planned for him was put on hold and he went into a long layoff. Recently, he split with trainer Russ Anber, whom he had been with since he was 9, to begin working with Marc Ramsay, another top Canadian trainer and one of Anber’s close friends.

“For Lemieux, he needs to prove he made a good move to change trainers,” Michel said. “He has to prove what happened against Rubio was just an accident in his career and that he has grown and learned from that. He will definitely want to show it against Alcine.”

Although they said the split was amicable, Anber was critical of Lemieux’s work habits and said he lacked dedication to training.

“I let him go because I didn’t want him to fight in December,” Anber told ESPN.com last week following their split. “What I wanted from him was a four-month commitment to boxing. Train, get his weight down, do a lot of conditioning and then go to a training camp. We spent the last five months trying to get him to commit to training. I realized I’m banging my head against the wall. I want him to see what you need to do to be an elite middleweight, to prepare for a career, not just one fight, and we weren’t going to see eye to eye.

“We just don’t see eye to eye on the way he should be preparing for fights. Instead of him being miserable in the gym, and for my mental sanity, it’s better to go separate ways than butt heads. Marc has my blessing. He trains his fighters in my gym. So this split with David is not a hateful split or about money. It’s just we are on a different philosophical plane on what it takes to succeed in the elite world of boxing.”

Michel said Ramsay has been pleased so far with Lemieux’s training habits.

“Marc keeps telling me everything that he asks David to do he has done with intensity and no complaint at all, that he is very dedicated and focused,” Michel said. “Maybe David and Russ, that relationship had just run its course. I know David has a lot of talent, charisma and power. He has all the tools to succeed.”

“It’s a crossroads fight, no question about it,” DiBella said. “Lemieux is coming off the big loss and Alcine is at the stage of his career where he has to see if he can still compete. If he can pull off an upset he’s a star again in Canada and if he can’t, he can’t. It’s a fight he wanted and I was able to get him a fair purse. For the Canadian audience this is a very meaningful fight.”