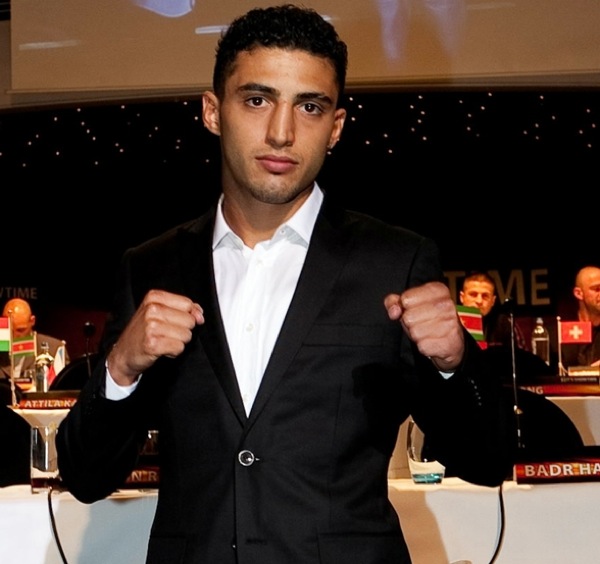 HyeFighter Georgio Petrosyan is arguably the BEST in the world today. The Armenian fighter and 2 time K1 Max Champion boasts an amazing record of only one defeat in 72 fights.  Petrosyan will be the main attraction at the It’s Showtime event this Saturday in Hall James Martin.

The physical and mental strength of this extraordinary athlete is highlighted in this exclusive interview which discusses the details of the upcoming fight against Zeben Diaz which will undoubtedly be a treat for fans of kickboxing in the Canaries.

Question- Could you give us a rundown of what has transpired his year for you?

Gieorgio – “Despite the injury I have suffered this year which has not let me compete in the tournament in Brussels, I think it was a good year. I was able to have four good fights with four wins, which is important. While in Lyon, in my fight against Chaid, where he left due to an injury, I was clearly winning that fight. This year I have been able to compete against very good fighters like Cosmo Alexandre, Hinata Watanabe, Chaid Oulad El Hadj and Sudsakorn Klinmee Sister where I was able to prove that I’m still the best. This year, I had one goal in my career, becoming the first fighter to win the K1 Max tournament three times, but unfortunately this will not be possible. I hope to compete in that tournament next year because I’m sure I will win.  I am very happy to be competing a lot on It’s Showtime, which is the world’s largest association. ”

Question – How are you feeling now before the fight on the 12th?

Gieorgio – “Very good, I have recovered well from my injury and I want to put on a really good show. I am very happy to be fighting for the first time in Spain, a country with great athletes and it is growing increasingly in the kickboxing. ”

Question – What could you tell us about your next opponent, Zeben Diaz?

Giorgio – “My opponent? My opponent is not important. No matter who is in front of me in the ring because I win. I’m not worried at all, he is the one who has to worry about me, all I can say is that it will fight the best and he will not have a good night. I am told that Tenerife is a fan favorite here and will have as many as six thousand fans here cheering for him and supporting him.  I think that this will  be good for him because he will need these people after I am done. I’ll repeat for the record, I’m the best and I have no rival, I have beaten all my opponents and will also beat Tenerife, if he has six thousand people to support him, he will need it. ”

Question – We have seen a lot of excitement and emotion here in the Island because of your arrival. you are one of the best fighters that has ever been here, what will you be providing to all the fans who will come to this fight on the 12th?

Giorgio – “A fight they will never forget. Fans that have purchased tickets for this event will leave satisfied and at the same time disappointed because their guy lost. I have heard that the Canary Islands is the capital of kickboxing in Spain, where more events are held and where there are more fighters, so I really want to win here.  Fighting in front of such a knowledgeable crowd I can only do one thing, give them a great show to end the fight. An It’s Showtime event is not just another kickboxing event, it is a great show and the atmosphere is always amazing. They’re going to have a great time but their fighter will lose. “