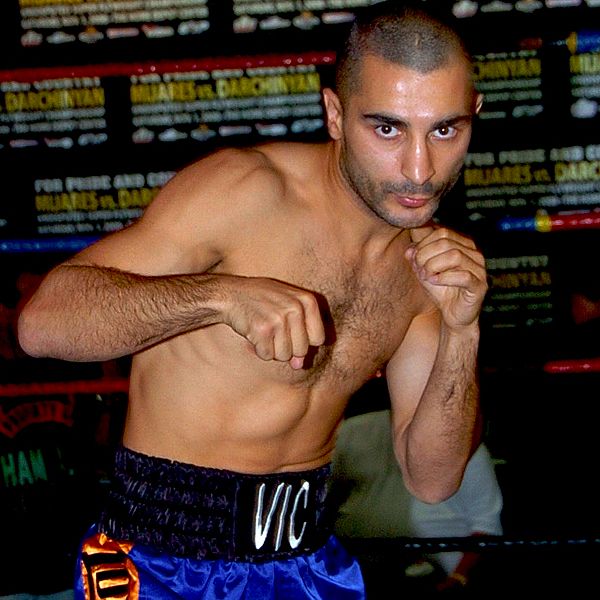 Two division world champion and current IBO bantamweight champion HyeFighter Vic “The Raging Bull” Darchinyan (37-3-3, 27 KOs) challenges WBA bantamweight super champion Anselmo “Chemito” Moreno (31-1-1, 11 KOs) on December 3 at the Honda Centre in Anaheim California. Darchinyan is aiming to add yet another belt to his impressive career. The big hitting southpaw plans to add belt number nine to his collection with a victory over Moreno. “I think the most belts, Oscar de la Hoya won ten world titles, I have eight belts and I am chasing more” Darchinyan said.

Darchinyan’s good friend Danny Green who challenges Krzysztof Wlodarczyk for the WBC world cruiserweight title in Perth Australia on November 30th predicts that Darchinyan will be too good on the night and will take the WBA bantamweight title away from Moreno.

Darchinyan vs Moreno will also be televised across Australia for the very first time ‘Free to Air’ on Channel ’7 Mate’.

“I still can’t believe that so many Australians will finally be able to watch me on Channel 7 in Australia, it’s incredible.”

“I just want to go and make the people of Australia and Armenia proud, I just want to fight for belts all the time, I don’t care who I fight or where I fight” “after I beat Moreno I would love the chance to fight WBC Japanese champion Toshiaki Nishikoa for the WBC Belt, I want to unify divisions and have more belts, this is what boxing is all about, it’s about fighting the best and winning belts.”

“I do it for my fans because that’s what they support you for. I would love to fight Toshiaki in Japan or Australia or Armenia or America. Anywhere he wants to fight I will fight him or any other champions who wants to fight me for a belt” Darchinyan said.

“I read Moreno comments about how he is going to counter punch me, outbox me, and knock me out. He thinks that fighting Vic Darchinyan is like fighting some of his other opponents. He might be bigger than me but so were Rojas, Mijares, Arce and Pacheco. I think they are all great fighters but what happened.”

“I love it when I’m the underdog, I love being underestimated and I also love knocking my opponents out. Anselmo Moreno better be ready to go to war, I’m going to take him to somewhere he has never gone before and I promise all my fans nothing will stop the Raging Bull.

“Get the belt ready for me Moreno, I am taking it home so it can be with the other belts I have won.”