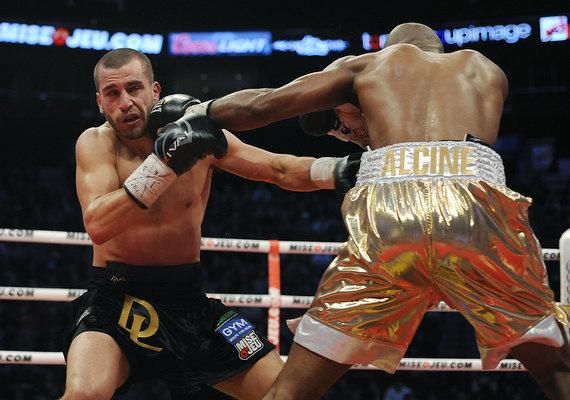 On Saturday night, with a new trainer in his corner, Marc Ramsay, HyeFighter David Lemieux lost again for the second time in his young career.

Alcine, fighting in Montreal for the first time in two years, is a former World Boxing Association super-welterweight champion.

Judges Jean Lapointe and Claude Paquette both scored the bout for Alcine, 116-112. The third official, Jack Woodburn, had it even, 114-114.

Lemieux is a hard puncher and heavy hitter, but the judges obviously felt he was too one-dimensional.

Alcine finished the bout strongly and was clearly the fresher of the two. Lemieux had never fought past the 10th round in his career, as evidenced by his 24 knockouts.

It was an entertaining fight, with both taking turns scoring with combinations. At the same time, when each fighter was trapped against the ropes, he would sustain damage.