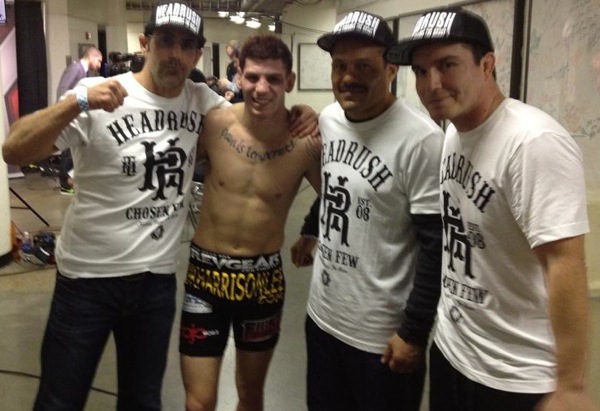 HyeFighter Jared “Jackhammer” Papazian made an unforgetable debut in the UFC tonight, in which his fight could arguable be the “Fight Of The Night”.  Jared went toe-to-toe with Easton, his opponent, and did not back down from anything.  Papazian showed his strength, determination and grit as he pressed forward and banged when he had to, moved around when he needed to and stayed within his game.  The big stage of the octagon did not have any adverse effects.

Although Papazian lost this match via Majority decision, he gained a lot of fans and the respect of the UFC 135ers.  I am sure this is not the last we will hear from Papazian in the UFC.  The Jackhammer entered the UFC with a BANG!!!!  And, I am sure the resonance of his bang will be getting louder as the year goes by.  Congratulation Jared Papazian on an amazing fight and a great game plan orchestrated by your coach Alberto Crane. 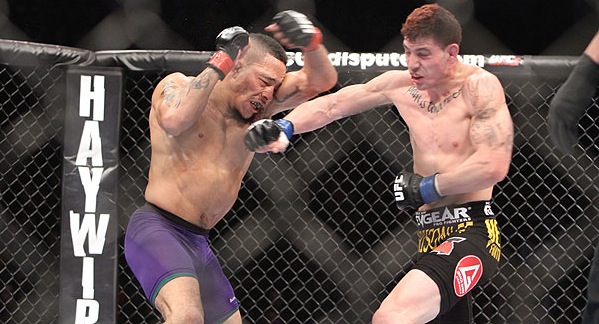 Here is the Play by play:

ROUND 1 – Both fighters open orthodox. The two clinch and trade hard shots in the middle. Easton pressing Papazian into the fence and both fighters landing shots. Papazian with a short elbow but the referee separates them. Easton stalking but not really throwing. Papazian switching stances and getting off first, but not landing anything significant. Spinning back kick from Easton lands a little with a left hook. Another hard leg kick from Easton. The two end the round clinching and exchanging strikes.

ROUND 2 – Right hook from Papazian lands and Easton goes back to stalking. Left hook lands hard from Easton. Papzian back to switching stances. Papazian landing in a short exchange, but the routine remains. Easton lands a monster outside leg kick. Papazian clinches with Easton and presses him into the fence. Referee Yamasaki separates them. Right hand from Papazian finds the mark, but Easton lands a short right hand of his own. Easton with a knee tap on top now. Easton passes to side, but Papazian manages to stand. Easton lands a left hook and reverses a takedown attempt from Papazian.

ROUND 3 – Fighters trading in the middle and Easton pressing Papazian into the fence. Now the two jockeying for position. Referee Yamasaki separates them. Papazian with a hard inside leg kick and stuffs an inside trip from Easton. Fighters now trading body shots and Easton lands a hard right hand. Dirty boxing from Papazian, eats an uppercut as Easton trying to fire back. Papazian now pressing Easton into the fence. Easton landing leg kicks and few right hands, but Papazian firing back. Papazian landing more and more now and changes a level, but can’t get the takedown.