HyeFighter Karakhanyan To Defend His Belt On March 9th – NOT OFFICIAL 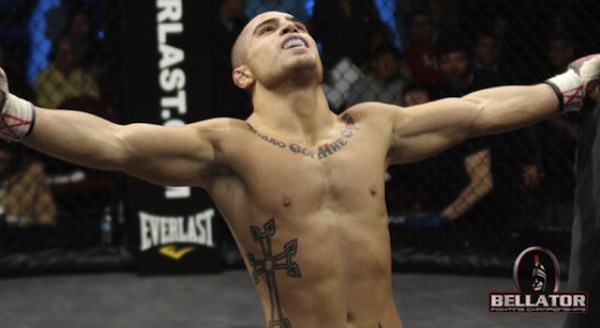 Although it has been reported that HyeFighter Georgi Karakhanyan is scheduled to defend his title against Micah Miller, we have just spoken with Georgi and he has personally confirmed that as far as he is concerned, the fight is NOT official.  He said he had spoken with the TPF officials about it, however he has NOT SIGNED anything to fight on March 9th.

We are not saying that this fight will not happen rather, it is not yet official from Georgi Karakhanyan’s standpoint.

Here is the story circulating on the internet:

Going 3-0 in his last three fights, Karakhanyan has managed to submit his last trio of opponents in the first round, while also capturing the Tachi Palace Fights featherweight championship title.

Attempting to take the title away from him will be former WEC and ‘Ultimate Fighter’ hopeful Micah Miller.

The American Top Team fighter has won his last three fights in a row, two of which took place in Tachi Palace Fights. Miller came up short in his bid to make the cast of the 14th season of the ‘Ultimate Fighter’, but is now looking to try to take Georgi’s belt.

Tachi Palace Fights 12 will take place on Friday, March 9 from the Tachi Palace Casino in California.