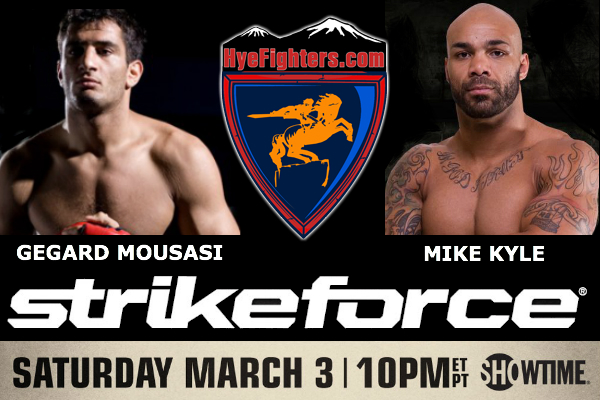 HyeFighter Gegard Mousasi will be taking on veteran Mike Kyle at the  “Tate vs. Rousey” Showtime-televised event on March 3, 2012, from the Nationwide Arena in Columbus, Ohio.

Mousasi is coming off a win against Ovince St Preux on 12/17/11, and Kyle is coming off a win against Marcos Rogerio de Lima on 09/10/11.  To say these fighters are experienced, will be the understatement of the year.  Between them, they have combined for 65 total fights, with Mousasi having 37 and Kyle 28 professional MMA fights.  Both fighters posses the experience, and power to make this a very intense battle.  However, Mousasi will win this match with his devastating stand up and speed.

This fight will have heavy implications on the Strikeforce Light Heavyweight Title.  The winner will most likely be up for the next title shot, and we know how badly Gegard wants his belt back.

Interestingly enough, this fight between Mousasi and Kyle will take place on the same card as Gegard’s fellow training partner, Ronda Rousey, will take on Tate for the Women’s 135lb. Championship. 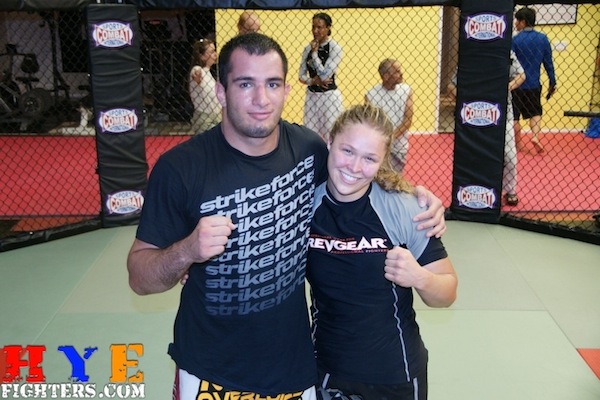