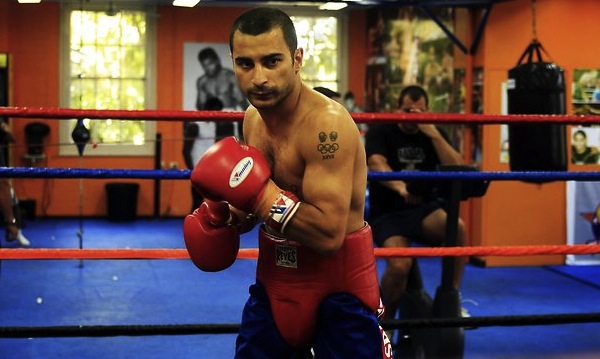 After eight grueling weeks of intense training, HyeFighter Vic “Raging Bull” Darchinyan (37-4-1, 27 KOs) says he’s ready to leave everything in the ring when he challenges WBC bantamweight champion, Shinsuke Yamanaka (15-0-2, 11 KOs) for his title on Friday in Tokyo, Japan. Having won world titles in the flyweight and super flyweight divisions, Darchinyan seeks another championship in his third weight class. “The training is done and I’m ready to dethrone Yamanaka,” said Darchinyan. “It was an exhausting training camp, but I paid the price and I’m in excellent shape. Getting a victory in Japan will be a difficult task, except my determination to bring home another world title is driving me like never before. I’m confident that I’ll be crowned world champion once again.”

Promoter Gary Shaw stated, “The WBC has rightfully honored Vic the opportunity to capture his third world title, and I’m thankful to José Sulaimán for the opportunity he’s granted him. Throughout his career Darchinyan has been a fan favorite and he’s responsible for bringing the little guys back into the limelight. The Mexican fighters have always dominated the smaller weights and Vic beat them all, proving he’s one of the top fighters of his era.”

Shinsuke Yamanaka has been relentless since going the distance with Zaragoza Uema back in October of 2008, winning his last nine bouts, all by knockout.

“I’m excited to see what Darchinyan has planned for Yamanaka,” Shaw said. “His style is always pleasurable to watch and I know he wants to end this fight early. This fight has fireworks written all over it. The fans in Japan will be in for a great night of boxing.”

“I want to thank Mr. Honda and the WBC for making this fight possible,” said Darchinyan’s manager, Elias Nassar. “Vic has been a great ambassador to the sport of boxing and he’s worked very hard to put himself in position to capture another world title. All the training is finalized and he’ll be ready for war on April 6 in Japan.”