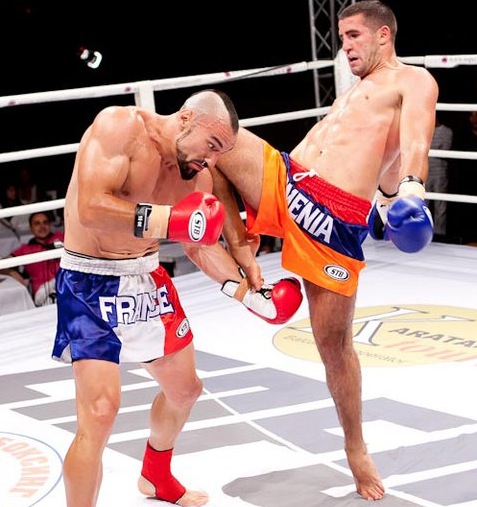 HyeFighter Sahak Parpayan’s opponent on May 12th, Andrew Tate wants to bet €1,000 with Sahak ‘Hak’ Parparyan that he will defeat him in their upcoming kickboxing match. Tate and Parparyan will fight each other at ‘Siam Gym Belgium presents IT’S SHOWTIME 56’ in Kortrijk, Belgium, for the IT’S SHOWTIME world title 85kg max on May 12th, 2012.
Parparyan is the defending champion and when he was confronted with the bold words of Tate, he responded: “I am even willing to bet with Andrew Tate for my entire fight purse, because I will win.”

Parparyan, currently training at Mike’s Gym, said he is in preparation for his world title defense, and it looks like his preparation got fired up by Tate. Parparyan: “He should be happy if he survives 5 rounds with me. And if he does, he needs a visit to the hospital and he’ll have to eat through a straw. Also, after he fights me, he won’t be able to walk for a while.”

Tate has won his last 18 fights by knockout, but Parparyan, the Armenian world champion, is not easily impressed. “Andrew Tate fought nothing but cans. This time he will find out the difference between fighting a champion and fighting a pipsqueak,” said ‘Hak’.