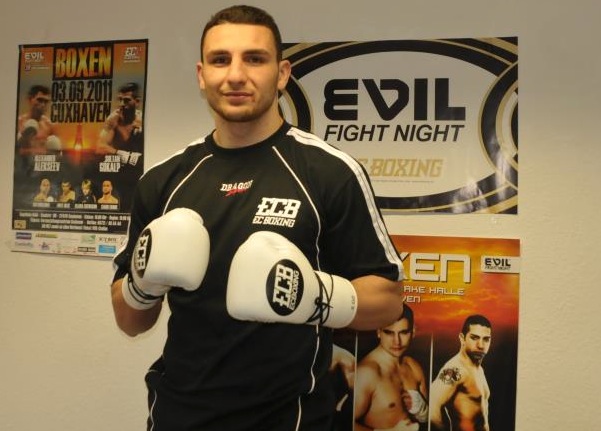 Exclusive Interview With HyeFighter Noel Gevor, Keeping It In The Family

We are pleased to introduce undefeated (4(3KO), 0,0) HyeFighter boxer Noel Gevor (Noriar Mikaelyan).  Noel fights out of Germany and is the son of HyeFighter Khoren Gevor.  We caught up for an interview with Noel, and this is what he had to say:

Noel Gevor:  I would like to start off by saying that it is a big honor for me to have this interview and answer your questions because I have been following the HyeFighter.com site since i was a teenager 🙂

HyeFighters: The most obvious question that everyone asks and is curious about is, are you related to the great Khoren Gevor?
Noel Gevor: Yes you are right Khoren Gevor is my stepfather since I was 11 years old. He is also my trainer. Our relationship is like father and son so we don’t even say stepfather. He raised me and traines me and my younger brother to this day.

HyeFighters: What kind of amateur record do you have?
Noel Gevor: I fought amateur as an teenager till i was 18 years old.  I have had about 65 bouts with only a couple of losses. I stopped boxing because I wanted to concentrate on finishing my education and graduate from high school and continued to college where I studied Law at the University of Hamburg.  However, my pursuit of a law degree has been put on hold since I signed a professional contract after putting in some very good sparring sessions with Alexander Alexeev and Ola Afolabi.

HyeFighters: How long have you been boxing?
Noel Gevor:  I have been boxing since I was 12 years old, I am 21 now, so almost 10 years.

HyeFighters: Who do you most liken your style to?
Noel Gevor: I have my own style and have learned much from watching fighters like David Haye, Wladimir Klitschko and Joe Calzaghe and obviously my father Khoren Gevor. I dont try to copy anyone else’s style but these are expierenced fighters I look up to.

HyeFighters: Who were some of the Armenian fighters you looked up to growing up?
Noel Gevor: The HyeFighters I looked up to are Vanes Martirosyan and Khoren Gevor….I have been following Vanes’ carrier since the olympics 2004. He is one of our best fighters and I like his fighting styl, he is fast, and has good vision and feel for boxing. I often just  get on youtube to watch his his sparring sessions as well as his pad work Edmond Tarverdyan to see if I can pick up something new and learn from them.

HyeFighters: When did you and your family move from Yerevan?
Noel Gevor: My family and I moved from Yerevan to Germany in 1994 when I was 4 years old.

HyeFighters: Who do you train with currently?
Noel Gevor:  I now train with my dad, Khoren Gevor and my younger brother Abel but I also often train in Amsterdam with Orlando Gemerts and K1 Chmpion Ernesto Hoost.

HyeFighters: Do you follow any other HyeFighters in Boxing, in MMA or in Kickboxing?
Noel Gevor:  As i said before, I follow the careers of Vanes Martirosyan in boxing and in MMA I am a big fan of Gegard Mousasi. He has to be one of our strongest fighters in MMA and he also trains in the Nederlands like me.

HyeFighters: Have you ever been to the United States? When are you planning on visiting?
Noel Gevor:  Yes, I have been in Los Angeles with my family on vacation a while back when I was only 7 or 8 years old. I remember visiting Disneyland and Universal Studios and meeting up with some old and dear friends of my parents. I would like to move to the United States and fight there because the opportunities for boxing is more and there is a bigger Armenian community.  It would also be great to train with the other HyeFighters.

Noel has also informed us that he has started training today because there is a possibility that his next fight could be in July in Hamburg or on the undercard of Klitschko vs Thomson fight.  With Noel’s championship pedigree and his Armenian will, we have no doubt Noel will be a future champion. 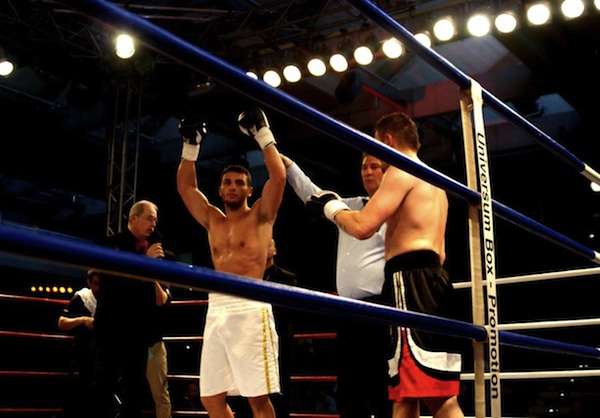 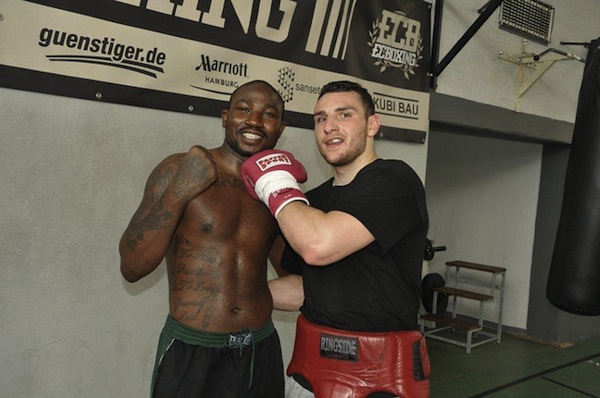