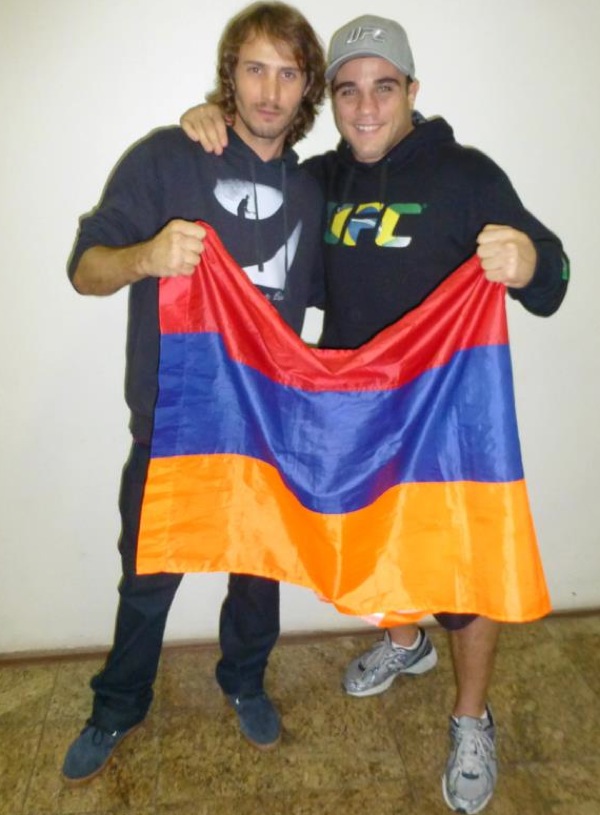 Sarafian has been considered one of the top prospects in the middleweight division hailing from Brazil. The talented jiu-jitsu black belt was a wrecking machine on The Ultimate Fighter (TUF) Brazil last year, advancing to the finals in devastating fashion but was unable to fight on the Finale due to an injury. Now, he’s looking to prove he belongs against a legitimate UFC middleweight.

Sarafian is a very dangerous top control fighter with good ground and pound and submissions when he’s got his opponent on their back.

Daniel Sarafian has been a lifelong martial artist, beginning training as a child in both judo and karate. When that wasn’t enough, he switched to full on mixed martial arts training before he was done with high school.

Sarafian made his professional debut in 2006, but his career did not go as expected in the early goings-on, losing his second fight to UFC veteran Mike Whitehead in the Philippines. He would take his talents to the United States, winning two straight bouts via submission, but again would be set back on the inaugural Bellator show, losing via TKO.

Since then, he’s taken his skills up a notch, moving back to Brazil and dominating his opposition, winning four straight fights and then becoming a standout on TUF Brazil last year. He advanced to the finals, stopping Renee Forte and Sergio Moraes in the process, but an injury kept him from competing on the Finale.

He’ll finally get an opportunity to debut in the promotion this Saturday night.

Sarafian has a strong background in judo and he’ll have to use those skills to either keep the fight standing or to reverse Dollaway’s momentum during a takedown attempt and wind up on top.  All it takes is one big blow from Sarafian and he could be finishing this fight.