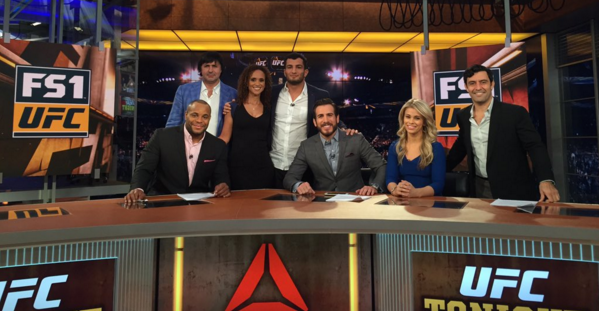 In one of the most polite call-outs in recent UFC history, UFC middleweight Gegard Mousasi made an appearance on UFC Tonight and revealed he was looking for a matchup with former champion and pound-for-pound kingpin Anderson Silva for his next fight.

“I would like to fight as fast as possible. Anderson Silva, I believe, would be a good fight,” said Mousasi. “I wouldn’t have anything to lose. I don’t know if it’d be a good matchup for him or if it’s a fight that he wants. But for me the reward would huge. So I like that fight.”

Mousasi (37-6-2), a former Strikeforce, Cage Warriors and Dream champion, is currently looking to get back into the win column after suffering a violent second round spinning back kick knockout to Uriah Hall at UFC Fight Night 75.

Prior to this victory ‘The Dreamcatch’ torched mixed martial arts icon Dan Hendeson with a first round TKO at UFC on FOX 13 in January.Mousasi currently holds an outstanding 31 career stoppage victories, including 19 by way of knockout, and UFC record of 3-3.

Silva (34-6) is currently serving a suspension for a failed an out-of-competition drug test administrated by the NSAC ahead of his UFC 183 bout against Nick Diaz. It was later revealed, Silva also failed his UFC 183 post-fight drug test after testing positive for drostanolone again as well as the anti-anxiety medication Oxazepam and Temazepam,

The Brazilian currently holds several UFC records including the longest win streak in UFC history (16), which included a UFC title reign that lasted a company record six years, eight months and 22 days. But what’s even more amazing is that during his reign as the 185-pound champion, all but two of Silva’s wins came by way TKO, KO or submission.